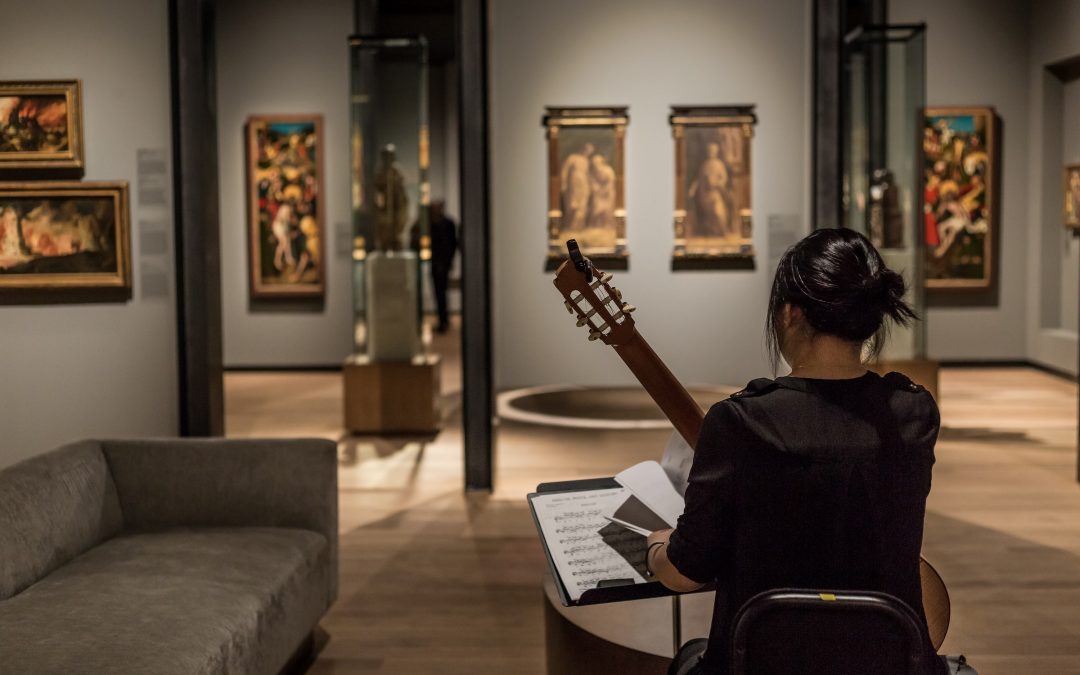 Many readers of this blog will know that as Dorico’s documentation author, I have been seeking music composed by women to use in the Dorico manual’s screenshots for a few years now.

(See my earlier blog post for an introduction to the project, and the reasons behind it. It also came up at the end of this episode of the Scoring Notes podcast.)

To accompany the release of Dorico 4.3 earlier this month (November 2022), we updated the published Dorico 4 manuals, and this particular update brought with it a significant milestone: 100 female composers represented!

I’m really proud of this for several reasons, one of them being that it demonstrates just how many musical pictures are included in the manual, which I do believe really help to convey how Dorico works and support the documentation’s text explanations; and another being that it’s a clear demonstration of the amount of excellent music that exists out there, easily find-able, written by composers throughout the past few hundred years who happened to be women, and who, despite all kinds of obstacles in their way, composed anyway.

Now, therefore, seemed like the perfect time to share an update on the project, and to pick out ten pieces that are my own, subjective, particular favourites, and to point you towards where you can see them in action in the manual. I hope you enjoy them!

Clara Schumann – “Prelude and Fugue in B flat”

Clara Schumann was an impressive woman. She had nine children, and even before her marriage to Robert she was well-known as an accomplished and celebrated pianist. You can get an idea of her own piano skills in her music, especially her significant hand span (she frequently writes ninths, which I for one find to be quite a stretch).

This Prelude and Fugue was one of the pieces I learned for my own Grade 8 piano exam, and the Fugue was the first time I’d ever seriously been forced to consider that I may never actually be able to play a piece. But it was definitely worth the effort in the end.

You can see an extract of this piece in the Dorico 3.5 manual here; the updated version for Dorico 4 is still in progress – watch this space!

I can’t remember now whether I heard this work before reading about Jacquet de la Guerre in Anna Beer’s excellent book, “Sounds and Sweet Airs”, or vice versa; either way, I think you’ll agree this is a captivating work.

The first time I listened to it, I had to rewind to the start of “Chantons sa valeur immortelle” several times because the rhythms were so juicy: the short rest after the first “immortelle”, coming after all the fluid runs preceding the moment, grabs your attention immediately. There’s the kick of syncopation too, and the appoggiaturas on “glorieux” are irresistible. And then the chorus comes in with even more movement, and it’s all just very exciting.

(* the start time embedded in this video link includes the preceding phrases, which are also great)

The main reason this piece is on the list is the section from about 1’22”, where there’s a pedal in the bass but it nonetheless has a driving energy. It’s great! I just wish it went on longer.

When I was looking for a piece that would be able to demonstrate clearly the difference between “staves and systems both justified” and “only systems justified”, Leonara’s work came quickly to mind: it casts off nicely with multiple systems per page, each containing several staves.

Giuliani-Guglielmi wrote a whole set of preludes, all of which are lovely (and indeed, Preludes 3, 5, and 6 all appear somewhere in the Dorico manual). The speed and virtuosity of this one is particularly impressive (particularly in this performance by Emily Shaw).

To be honest, I could have picked any piece of Lili Boulanger’s to put here, and it would have been excellent. Her compositional voice was extraordinary. (The choir I sing with, Covent Garden Chorus, sang her “Vieille prière bouddhique” recently, and that really was something very special.)

Boulanger died tragically young, and yet still somehow left an impressive body of works behind her. Her early 20th-Century style means that a lot of them provide perfect examples of more contemporary notational practices. You’ll encounter a lot of Boulanger in the Dorico manual: she’s our most-represented composer, with seven works used.

She also wrote a number of works for large forces, including orchestra and choir, which is noticeably rarer amongst historical female composers than their male counterparts; it makes finding orchestral examples that bit harder. So this is quite a small piece for Boulanger, relatively-speaking, but to my mind it encapsulates her style very well in a short amount of time: beautiful, seemingly effortless, and yet with regular pleasing harmonic surprises.

Unfortunately, I’ve not been able to find a recording of this work with full orchestra, only this rendition with piano reduction. (If anyone reading this knows of a publicly-available orchestral version, please do let me know about it!)

However, you can still get a wonderful sense of the work: what a vocal part! And delicate, astute, magic-spell-casting opening, with its shifts between major and minor, before it broadens out in spectacular style.

The full orchestral score version has proved very useful in multiple places in the manual, but particularly around condensing, as Munktell uses the woodwind and brass in very precise ways: often using just the first instrument for a few bars before the second comes in, and so on.

Here we have another composer whose name is also well-known due to its association with a male relative, and yet whose own musicality earns her recognition in her own right.

I picked this piece from the larger work “Das Jahr” initially because it contained the interlocking voices that I needed to demonstrate in the manual, but subsequently each time the playlist rolled around to “März”, I would find myself drawn in. The writing is very mature and accomplished, bringing out an inner sense of solemness to just the right degree.

(Between 1’15”-1’28” in this recording, is there the world’s most outrageous suspension and resolution? Discuss.)

The interplay between the two voices in this one is just electric, and this is a particularly good performance: slipping smoothly between canon, harmony, and unison.

Obviously to demonstrate what lyrics are, I could have used an extract from any number of works; not only did I already like this piece in particular, but it demonstrated two simultaneous vocal lines that weren’t in rhythmic unison, and that also contained some melisma (one lyric sung over multiple notes).

Mel Bonis is a composer I had not heard of before starting the screenshot project, but the more I listened to music by her, the more that initial fact surprised me. She wrote an impressive amount of works (compared to other composers, who often only have one or two scores publicly available), and they’ve all got something distinctive about them.

This is one of five works by Bonis that I’ve used in the Dorico manual (a bit like Boulanger, her more modern style lends itself better to places where I need examples of more contemporary notational practices, including the link below relating to grace notes but also our comprehensive support for graphical lines).

I like its gentle lilt and clear sense of cohesion across the work. Having triplets against quavers doesn’t hurt either; that’s always a win in my book.

I suspect I came across this piece whilst looking for a large-scale work by a female composer to demonstrate Dorico’s divisi functionality (as mentioned earlier, these are not necessarily in plentiful supply, for those in the public domain at least – which tells its own story about opportunities and career development for female composers).

The scale of this work is really satisfying: it’s got all the drama and wide orchestral spread you would expect from the Romantic era.

And now: a bonus piece of music that isn’t in the Dorico manual anywhere, but which I just love too much not to take an opportunity to share.

I stumbled on this song while listening to another song elsewhere on this “Victorian & Edwardian Ballads” album (their version of “A Perfect Day” by Carrie Jacobs-Bond, which isn’t used in the manual, but another piece of hers is, “Tzigani Dances No. 1”; I couldn’t find a recording of that, so ended up using “A Perfect Day” for a replacement). What a delightfully happy accident.

Doesn’t it capture the titular “mood” just perfectly? So beautifully calm and still, modestly beautiful, classically simple. With a melody that’s both comfortable and satisfying to sing.

There was a time in mid-2020 when I would listen to this piece almost every evening, at the end of the working day, either at home with the recording whilst looking out of the window, or sung to myself as I took in some fresh air and the green outlook in our local park. As clichéd as it might be, the lyrics and music in this song really did help me feel more optimistic, appreciating the inevitability of the end of the day, and the natural order of life all around.

I hope you have enjoyed this small selection of the works represented in screenshots throughout the Dorico 4 manual! If this has only whetted your appetite and you want to hear more, you can head over to Spotify, where we have curated a playlist of the works that have available recordings, and for those that don’t, a substituted similar piece by the same composer.

You’ll also encounter two more pieces by female composers in our First Steps guide, aimed at introducing new users to key parts of how Dorico works through a step-by-step tutorial with supporting resources.