There and back again: the story of Dorico 4’s development 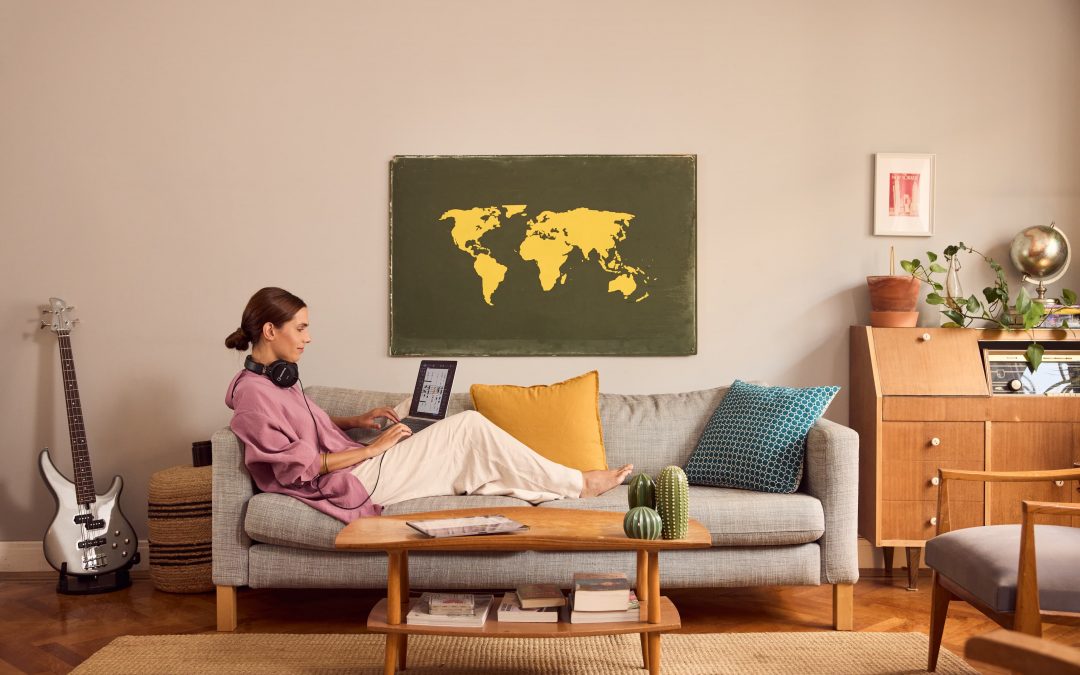 It’s been a long time since the release of Dorico 3.5, back in May 2020. At that point, we expected that Dorico 4 would be released in May or June 2021, but a unique combination of circumstances led to us changing our plans significantly before the end of 2020. Certainly the ongoing global pandemic was a factor, though the Dorico team and indeed everybody at Steinberg has shown remarkable flexibility and focus to be able to quickly adapt to radical changes in our working lives, and Dorico 4 is the first product that we have conceptualised, built and delivered while working completely remotely. (Dorico for iPad nearly takes that honour, but in fact some initial prototyping and discussion had been made in 2019 as we mulled over when would be the right time to begin work on that project.)

Turn and face the strain

Changes in technology certainly played their part, too. In June 2020, very shortly after the release of Dorico 3.5, Apple announced at their World Wide Developers’ Conference (WWDC) that they were beginning a transition away from the Intel architecture that had been at the heart of their Mac computers for fifteen years to their new Apple silicon ARM-based architecture, with a target of completing that transition within two years. The majority of Dorico users worldwide run the software on Mac computers, so it was important for us to be as aggressive as possible in adapting Dorico to take advantage of the greater power and efficiency of these new systems.

Through a quirk of history, three of the four main desktop music notation applications (Finale being the exception) are built on top of the Qt cross-platform application framework. In order to run natively on Apple’s new Macs, we would need a version of Qt that would run natively too, and at the time we were planning Dorico 4, it wasn’t clear when that might arrive.

It so happened that the Qt Company were also in the middle of a large technology shift themselves, with the forthcoming release of Qt 6, the first major new version of the framework in the better part of a decade. Again, we wanted to be able to take advantage of the new capabilities in this new framework as soon as possible, and if the Qt Company stuck to their published schedule, this was looking feasible for our planned Dorico 4 timeline.

However, the Qt 6 schedule slipped, with updates to several of the key components of the framework that Dorico relies upon pushed out to subsequent releases beyond the initial 6.0 release. The Qt Company announced that support for Apple silicon CPUs would likewise not arrive until a second maintenance release even further into the future. It became clear that we were going to need to have a contingency plan.

So we set about building the existing version of Qt for Apple silicon ourselves, despite the fact that this was not recommended or supported by the Qt Company. Fortunately, this turned out to be quite feasible, and by the end of 2020 we were able to run development builds of Dorico itself, minus its audio engine (so with no playback of any kind), natively on the new M1 Macs that were just appearing.

It takes a village

There are many more components that go into Dorico than the main application executable and the framework it is built upon. Dorico relies upon a good deal of technology shared with other Steinberg products, including the audio engine at the heart of Cubase and Nuendo, the HALion Sonic SE VST instrument, the suite of VST3 effects plug-ins included with our host applications, the video engine shared by Cubase, Nuendo and WaveLab to handle video files, the low-level ASIO drivers, and so on. All of these components would also need to be rebuilt for the Apple silicon computers, and in the case of key technology like the real-time, high-performance audio engine, some significant development work would need to be done to adapt parts that were already highly-optimised for the Intel architecture.

We in the Dorico team simply could not have brought you Dorico 4 without the tireless efforts of our colleagues in Germany and beyond. We are proud to be able to say that Dorico 4 is Steinberg’s first application to be fully native on Apple silicon systems, and that is only possible because of the hard work and dedication of dozens of engineers from around the company.

Another first, of course, is that Dorico is the first product to use the new Steinberg Licensing system, and this was another significant factor in the changes to our planned schedule. When we in the Dorico team joined Steinberg in 2012, discussions were already underway about the need to replace the existing eLicenser technology used for licensing and protecting our products. It is no exaggeration to say that eLicenser touches every part of Steinberg’s business, and indeed it has also been used by a number of other companies for many years, including Vienna Symphonic Library and Arturia, so changes to this system cannot be undertaken lightly.

The eLicenser system has been a consistent pain-point for Dorico customers since the introduction of the first version in October 2016. All of the pro-level products in Steinberg’s portfolio required the use of the USB-eLicenser, which is technically more reliable than the Soft-eLicenser used by the mid- and entry-level products in the portfolio, but of course requires the use of a hardware key plugged into a USB port in your computer. Right from the outset, we designed Dorico with laptops and mobile computing in mind, and so making the USB-eLicenser a hard requirement was out of the question. At the time, we believed we might have a replacement for the eLicenser system within two or three years, but in fact it has taken nearly twice as long to reach this point.

The consequences of not having a more flexible licensing system in place hardly need spelling out, but it has been a challenge not only for our customers – who have had to deal with reliability and availability problems, in addition to pretty unsatisfactory ways to use the software on two or more computers – but also for us as a company, with a great deal of the support team’s time being consumed by licensing issues, and it actually making our products more difficult to sell into certain market segments, in particular education. (It is a testament to Dorico’s capabilities and our customers’ desire to use it in their institutions in spite of its strict licensing system that as many schools and universities are using Dorico today, but we are very much looking forward to being able to provide them with a radically more appropriate system as soon as possible.)

Steinberg wasn’t able to hire an entirely new team to build the successor to eLicenser. Instead, a cross-functional team drawing from practically every department in the company was put together to develop it. Several members of the Dorico team have been deeply involved in the project, which has required them to split their time, attention and focus between building Dorico 4 and building the Steinberg Licensing system, and the same is true for members of the Cubase, WaveLab and instruments teams, not to mention many colleagues in our digital unit.

Taking all of these factors together – the transition to Apple silicon that would require not only a new version of Qt, but also significant work from many other teams within Steinberg to adapt our technologies for the new platform; the uncertainty over the Qt 6 schedule; the decision to make Dorico 4 the lead product in the introduction of Steinberg Licensing – it was clear by the end of 2020 that our original plan of releasing Dorico 4 in May or June 2021 would have to change. This was the point at which we identified the ideal opportunity to work on Dorico for iPad, and you can read all about that journey here.

At the time Dorico for iPad shipped in July 2021, we were planning for Dorico 4 to be released in September. However, it soon became clear that we would need more time to develop some parts of Dorico itself, and that the Steinberg Licensing team needed more time, too. So we replanned around a November launch, but after further discussions among the senior management team, the decision was made to deliver Dorico 4 and the initial iteration of Steinberg Licensing early in 2022 instead. This decision was motivated not only by the desire to ensure that our customers have as good and as smooth a first experience with Steinberg Licensing as possible, but also to support the well-being of the company’s workers and to give them the opportunity to have a Christmas and New Year holiday with their families without the potential stress of dealing with unexpected problems with the new system.

Through the latter half of 2021, the main focus of Dorico development was taking the new Play mode, Key Editor and Mixer components that had been built for Dorico for iPad and adapting and building upon them so that they could replace the existing features in Dorico on the desktop. One of our key team members also left for pastures new during this time (we miss you, András!), and we found ourselves with quite a hill to climb. We are delighted with the look and the capabilities of the Key Editor, Mixer and revamped Play mode in Dorico 4, but the feel of these new components on desktop is not yet exactly where we want it to be, and we are continuing to work on these aspects, and on restoring the last couple of missing pieces to ensure that all of the functionality of Dorico 3.5 is available in the new version. 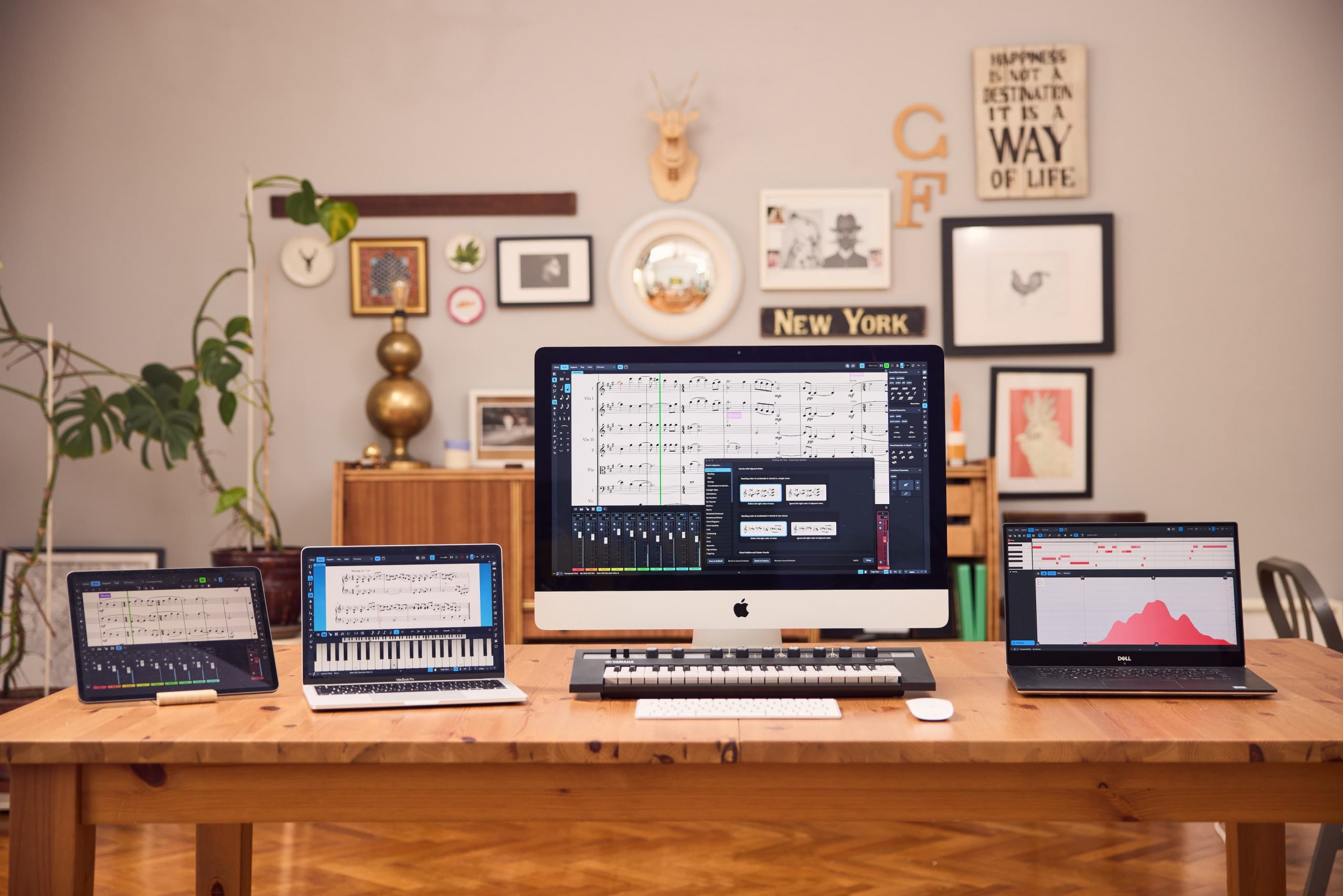 The best way to predict the future is to invent it

As we begin 2022, we are expecting another year of changes. Over the past two years, the Dorico team has been working on more projects than at any time since we joined Steinberg, and we will continue to be dividing our time between several projects as we go forward. There will be an update to Dorico for iPad coming soon, bringing many of Dorico 4’s new capabilities to iPadOS, and maintenance updates for Dorico 4 to put the finishing touches on the new Play mode and Key Editor experience, as well as to fix any issues that need fixing. Work on Steinberg Licensing continues so that we can deliver not only Cubase 12 very soon, but also the promised solution for multi-user environments in enterprise and education. And beyond that, we will be taking further significant steps to integrate Dorico’s technology into other Steinberg products.

There is much to look forward to, but if the past two years have shown us anything, it’s that we must be flexible and adaptable, and ready to adjust our projects and plans to respond to unexpected changes. We are proud and happy to finally get Dorico 4 into your hands, and we can’t wait to see what you do with the new tools we have built for you.