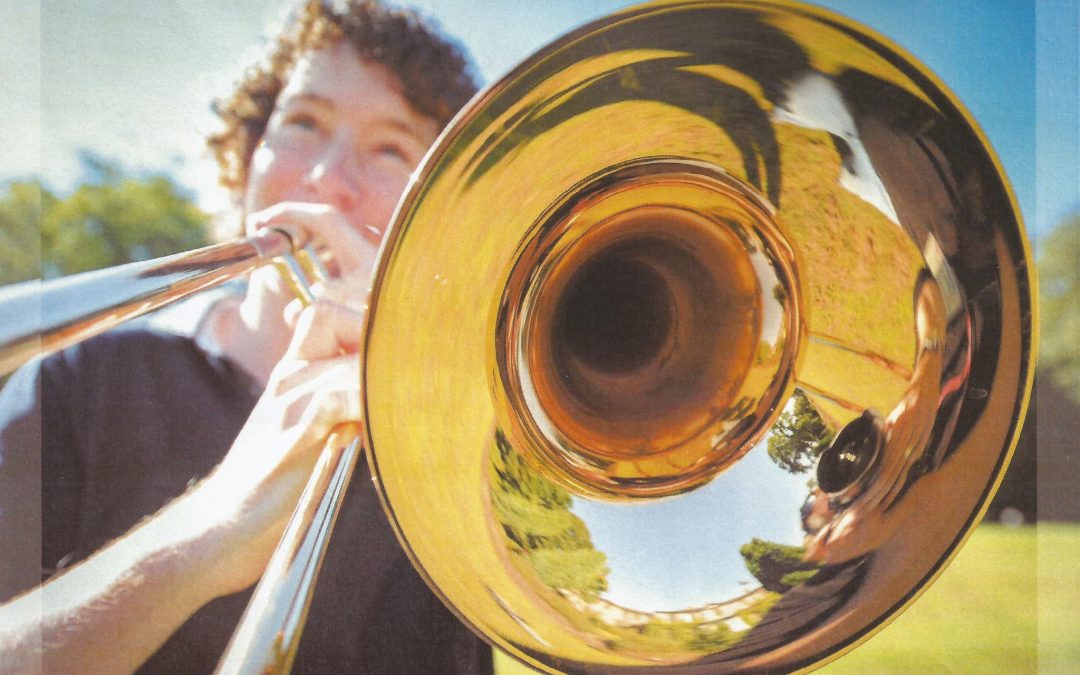 One of Dorico’s super-powers is that tucked away in Engrave mode is a sophisticated set of tools for creating complex layouts that combine music, text and graphics in a similar fashion to dedicated desktop publishing software. These features are especially useful to educators and people engaged in the creation of teaching materials, since those kinds of publications tend to require those sorts of layouts more than more conventional musical scores. One Dorico user who has made very effective use of these features is trombonist, composer, arranger and educator Matt Smith, who has produced a series of practice papers to help students prepare for the Associated Board of the Royal Schools of Music (ABRSM) Grade 5 Theory exam. I caught up with Matt to find out more about this project, and how Dorico made it possible. 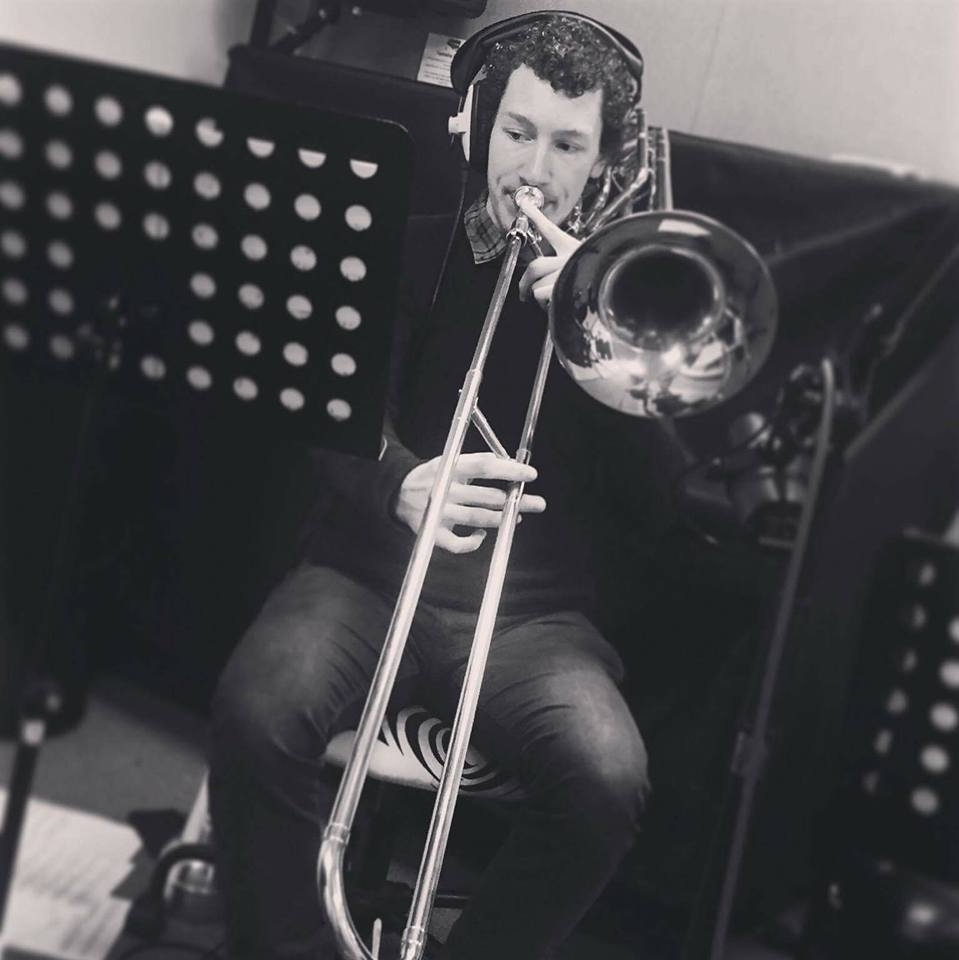 DS: What gave you the idea of producing sample papers for the new ABRSM Grade 5 theory syllabus?

MS: When the new syllabus and online exam format was announced, ABRSM had released only one sample paper. I had several students who were booked in for this new online exam, and so I began writing a few extra questions for them to get more practice with. I chose to write these in Dorico as I do a lot of my arranging and copying work in Dorico these days, and I knew that Dorico had many powerful features for making the page look exactly how I wanted, beyond just making scores and parts as I had used Dorico for previously. What I didn’t expect was just how great the layouts would look with very little effort due to these features, and soon I had made a whole book of exercises for my students.

Several teaching colleagues I’d spoken to were also in need of extra exercises for their students taking the new exam, so I initially self-published the Workbook, and a few months later Forton Music published it. After the first exam of the new syllabus, ABRSM produced their own workbook, but still had not released any more practice papers, so using the Dorico file of my Workbook as a template, I made a set of Six Practice Papers for the Grade 5 exam. Workbooks for Grades 1-4 are also due for release in March 2021.

DS: The layouts you’ve produced in your papers are quite sophisticated, and you chose to produce them entirely in Dorico. Can you say a bit about the process you went through of developing the layout?

MS: Dorico has so many useful features for making worksheets. One of the most useful features compared to competitor software is using a new flow for each line of music, which is a much better method than using system breaks that would require hiding key/time signatures and clef changes at the end of each previous line if the new line had a different key/time signature/clef. Text frames are also incredibly useful compared to text attached to a particular bar, as text can be positioned exactly where it is needed with no risk of it being deleted or moved if the music is altered at a later point.

There are many tricks in Dorico that probably weren’t designed to be used in the way I used them, but nonetheless were invaluable. To name a few:

DS: Is there anything we could do to make these kinds of layouts even easier in future?

MS:  think the most time consuming thing I found was copying and moving text frames. Currently the only way to copy a frame on the same page is to right click the page in Pages in Engrave Mode and choose Copy Selected Frame, which will then put the copied frame on top of the original one, with both still selected so both then move together when trying to move the new frame. Perhaps this could be improved by offsetting the copied frame when copying onto the same page, which would make it possible to select just the new one for moving. Even better would be to be able to use Ctrl+C/Ctrl+V to make a copy of a frame in half a second, rather than having to use the mouse in a menu.

Moving multiple frames at once also takes a relatively long time, as Dorico processes each movement individually. If I added an extra line of music and needed to move ten text frames a little lower, it would take a couple of seconds per nudge, and nudging is the only option as dragging doesn’t work for multiple frames. The only other thing which took a long time was adjusting note spacing, which can only be done using keyboard nudges not mouse dragging, and as each nudge takes half a second, adjusting a whole system can take minutes, when it would take seconds with mouse dragging.

DS: We would certainly like to address some of those points in future versions. The ABRSM Grade 5 theory exam has been a rite of passage for – I would guess – hundreds of thousands of young musicians. Do you have any particular memories of your own Grade 5 exam from years ago?

MS: As a musician who loves music theory almost as much as making music, I remember enjoying learning most of the syllabus, with the exception of the vast number of terms you had to learn, and having to compose a melody without ever hearing it. Fortunately these days, the compositional element has been removed, and the terms list drastically shortened, so clearly many people thought the same as I did for ABRSM to change the syllabus!

DS: Where can people buy your sample papers, if they could do with a bit of practice on the syllabus?

MS: They’re published by Forton Music, or through music retailers in the UK such as Ackerman Music, June Emerson and Chamberlain Music.

DS: Have you used Dorico for any other interesting projects?

MS: Last year I arranged and orchestrated a whole concert of Disney tunes for an orchestra, including Under The Sea, You’ve Got A Friend In Me and a Jungle Book Medley. It was the first time I’d done an arranging job in Dorico. It was a great experience, especially preparing the scores and parts, where Dorico’s condensing feature and how Dorico handles instrument doubling really does save days of work compared to other notation software.

DS: Thanks for taking the time to chat with me, Matt!

To find out more about Matt, visit his web site. To purchase his ABRSM music theory practice papers, visit Forton Music. And if you’ve been inspired to try to create your own music theory worksheets or teaching materials, check out this #TipsTuesday video, this YouTube video, and a quick step-by-step walkthrough of creating a worksheet here on the blog. If you’ve not yet downloaded Dorico Pro for yourself to try it out, you can get a free, fully-functional 30-day trial from the Steinberg web site.