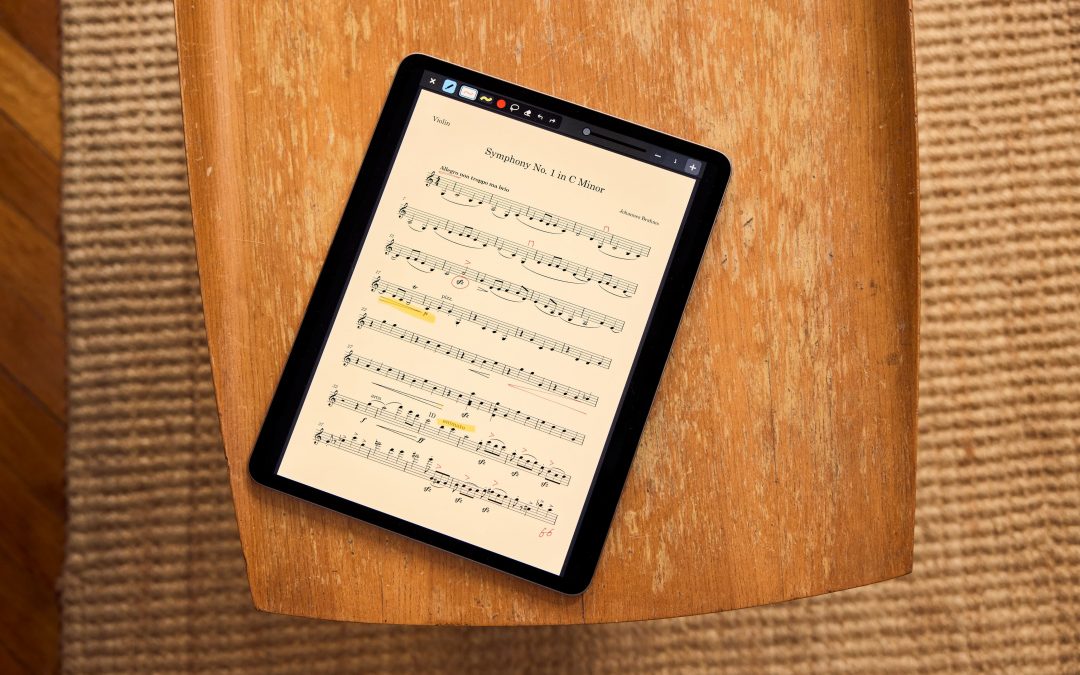 In addition to releasing Dorico 4.1 for macOS and Windows, we have today also released an update to Dorico for iPad, bringing it to version 2.3. This brings new enhancements and fixes, including the reinstated dynamics editor in the Key Editor, more flexibility in the velocity editor, and smarter handling of projects in cloud-enabled folders, to name but a few – but it also introduces a new way to access the subscription-only features of Dorico for iPad for those users who would prefer not to pay for an ongoing subscription.

When Dorico for iPad was introduced, not quite one year ago, we decided to use the model of a free app with optional in-app purchase subscriptions to try to make the app as appealing as possible to a wide range of musicians. We want Dorico for iPad to be useful not only to people who are already using Dorico on macOS or Windows, but to a whole new audience of musicians who are perhaps not familiar with Dorico on the desktop. The way customers are used to obtaining and paying for apps on the App Store is very different to the way that professional-level desktop software is obtained and paid for, and so we wanted to make sure our offering was in line with the kinds of business models that Apple recommend for successful apps.

On the whole this has been successful: Dorico for iPad is the highest-rated music notation app on the App Store, has been downloaded by tens of thousands of musicians in more than 80 countries, and is delivering steady growth in subscriptions. But if there has been a consistent theme in any negative feedback we have received about Dorico for iPad, it has been from users who have a dislike of or distrust in paying for software using a subscription.

For those people, we are pleased to announce that as of Dorico for iPad 2.3, we have introduced a new one-off in-app purchase that will unlock all of the subscription-only functionality in Dorico for iPad, with a regular price of $119.99 US or equivalent in your local App Store.

The Dorico for iPad Lifetime Unlock in-app purchase also makes use of Apple’s Family Sharing feature, so any other iPads in your family group will benefit from a single purchase.

How to buy the Lifetime Unlock

You will be given the opportunity to buy the Lifetime Unlock in-app purchase when you first run version 2.3 of the app. If you choose not to buy at that point, you can buy it any time by tapping the Subscribe button in the top right-hand corner of the Hub (from where you create new projects or open existing ones), or whenever you try to access a subscription-only feature: the Lifetime Unlock option is available to buy from all of the subscription prompts that are found in the app.

If you already have an active subscription and would like to instead purchase the Lifetime Unlock, you can do so when you first run Dorico for iPad 2.3 after updating. If you choose not to buy at that point, the simplest way to buy it later on is to first cancel your active subscription, then click the Subscribe button in the Hub and choose the Lifetime Unlock option from the prompt that appears.

Choosing between subscription and Lifetime Unlock

If, on the other hand, you have already found Dorico for iPad to be an invaluable tool in your musical toolbox, and prefer to pay for your software only once, then the Lifetime Unlock option could be a great choice for you.

Tell us what you think

We would love to hear your feedback about the new Lifetime Unlock option in Dorico for iPad. Please feel free to leave a comment on this post, or to contact us directly with your feedback, or discuss with us and other members of the Dorico user community on our forums. We look forward to hearing from you!