Now we are five 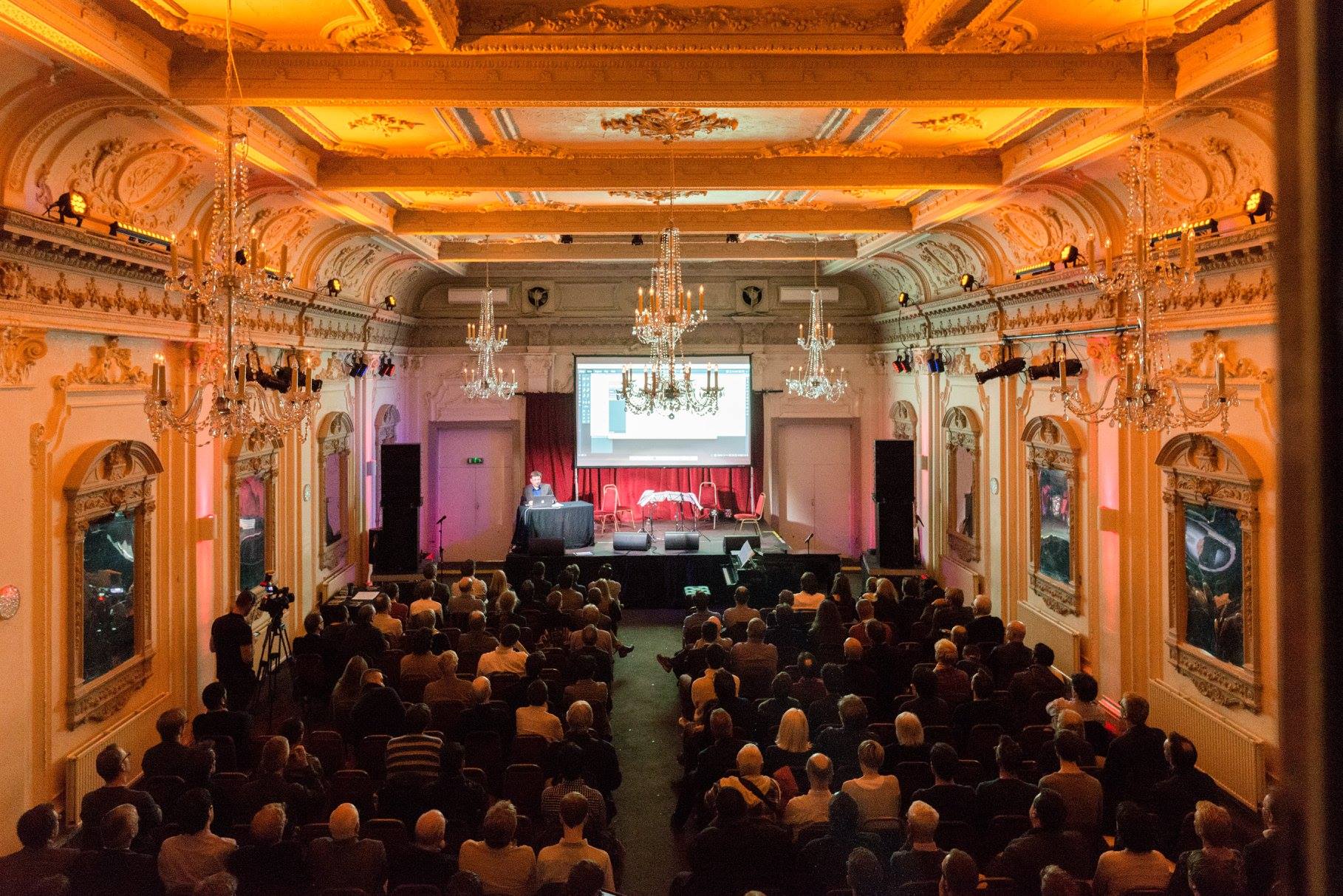 Today marks the fifth anniversary of the release of Dorico 1.0, which arrived on Wednesday 19 October 2016. For the development team and everybody at Steinberg who was involved in building and releasing Dorico, it had been quite a journey to get to that point: but for our customers, that was the first day they could see what we had been working so hard on for almost exactly four years.

In the intervening five years, we have developed three major new versions, delivered a total of 22 updates to the main desktop application, introduced the mid-level Dorico Elements, added the free Dorico SE, and most recently brought Dorico for iPad to market. We have almost doubled the number of Dorico Pro and Dorico Elements users every year, and with the introduction of the free Dorico SE and Dorico for iPad products, have grown our community of users by tens of thousands more musicians since the start of 2020.

Dorico has been used in the production of the score for the biggest grossing movie of all time, has originated new works for the catalogues of some of the world’s finest publishers, has been adopted by many of the top conservatories and universities, and is being used by students as young as 11 (and by at least one prodigious composer under the age of 10) and octogenarians alike! It has been quite a ride, and in many ways we are still only just getting started – we believe 2022 will be Dorico’s best and most important year yet.

For me personally, this week five years ago was a whirlwind. We had originally hoped to release Dorico 1.0 in the spring of 2016, but it became clear that we weren’t going to be ready. Not for the first time, we spoke to our colleagues in the management team in Hamburg early in 2016 and made the case for one more extension so that we could fill in some more gaps in the feature set and make the initial version as strong as possible upon its initial release. The spring and summer of 2016 passed in a blur, and many additional hours were worked by dedicated colleagues, since all of us wanted to put our best foot forward. It felt like my head was still spinning by the time we sent the initial version off to manufacturing (and yes, believe it or not, Dorico 1.0 was made available on DVD-ROM as well as being downloadable from the online shop).

Having sent the software off to manufacturing, we wanted to make as big a splash as we could with the launch of the software. We had planned two launch events, one at Bush Hall in London, and another at the Synchron Stage in Vienna. For the London event, we commissioned composer Thomas Hewitt Jones to write a short, celebratory piece that we could stage as the opening of our event. Similarly, for the Vienna event, we commissioned Ingmar Jenner, cellist of the Radio.String.Quartet, to write a piece for the quartet to perform at the opening of that event.

The London event was live-streamed, and is still on YouTube in its entirety, if you want to revisit it:

My colleague Sebastian Mönch gave a German-language demonstration of Dorico for the assembled guests at the Synchron Stage. Edited highlights of that event, including the music composed by Ingmar Jenner for the launch, can similarly be seen on YouTube:

So much of that first week was spent either preparing for the London event or travelling to and from the Vienna event that I didn’t even have time to write a post announcing Dorico’s release on the blog – that didn’t come until two weeks later.

I remember in particular sitting in the green room at the Synchron Stage in the hour or so before the event was due to begin, trying to follow discussions on the forum on my phone, and feeling completely overwhelmed. Thank goodness several of my colleagues – including my long-time partner-in-crime John Barron, Sebastian, and our regional sales manager Udo, who worked so hard to stage this event – were on hand to make sure everything ran smoothly. Dorico has always been a team effort, and weeks like that really drive it home: nothing would happen without the dedication and hard work of dozens of people all doing their best to make something great.

Performances for stage and screen

Thousands of talented and skilled musicians use Dorico every day, and I wish that we could see and hear all of the wonderful things that Dorico has helped in some small way to bring to life. I have had the great pleasure and privilege to enjoy several performances in which Dorico played a small part. In the summer of 2018, I took my seat in a packed Theatre Royal on Haymarket in London to watch a performance of a brand new musical, Broken Wings, whose musical director and orchestrator Joe Davison had produced all the performance materials in Dorico.

In early 2019, I sat in the Barbican to watch a live orchestra play Michael Nyman’s indelible score to Jane Campion’s The Piano, with all of the performance materials produced using Dorico, prepared by my colleague and friend Lillie Harris, wearing her music preparation hat rather than her technical author hat for that occasion. Hearing players from the London Contemporary Orchestra bring that music to life in sync with the movie was an emotional experience – and one that would be repeated on an even larger scale later in the year with Elmer Bernstein’s score for The Great Escape, also staged by Big Screen Live.

We were also thrilled to be able to work with film, TV and concert music composer Segun Akinola, from whom we commissioned a work for full orchestra that we recorded in Angel Studios in Islington, just up the road from our offices, in the summer of 2019 as part of our launch campaign for Dorico 3. I still have voice memos on my phone recorded as I sat on the sofa in the control room of the studio listening to the incredible playing of the Chamber Orchestra of London. That experience gave me chills – and so too did Segun’s consummate professionalism, as he was faced with a sudden family emergency in the middle of the recording session, despite which he still managed to give us two more fabulous takes.

And although I have been fortunate to visit some of the great recording studios – from the Eastwood Scoring Stage on the Warner lot in Hollywood to AIR Lyndhurst in London – perhaps the most special evening I have spent in any recording studio came early in 2019 when I was able to meet and interview maestro Alan Silvestri at the end of a long day of conducting his score to Marvel Studios’ Avengers: Endgame, which just a few months later would go on to break the all-time global box office record. Alan and his wife Sandra are two of the kindest, most generous people I have had the pleasure to meet and spend time with, and I feel very lucky indeed to be on first-name terms with one of the greatest Hollywood composers of all time!

Join my colleague John on Wednesday 20 October at 3pm UTC for a look at the ways in which Dorico itself has evolved in its first five years, with a look at five of its unique features that you won’t find in any other music notation and composition software.

Here’s to the next five years

We at Steinberg have worked incredibly hard not only over the past five years, but over the past nearly a decade, to build something great for you, our talented community of users. We are very grateful to you for choosing to add Dorico to your musical toolbox. In turn, I am grateful not only to the management team at Steinberg, who have been steadfast supporters of the whole Dorico team since we joined the company nine years ago, but especially to my dedicated, talented colleagues, the people who have built the product you are using today. Without their time and talent, there would be no Dorico. So to all of my colleagues in London and Hamburg: thank you again.

We had a clear vision of what we wanted to achieve when we started this project nearly a decade ago. Each year we come closer to realising that vision, while also adapting to the changing needs of our users and our changing circumstances. We have just as clear a vision of where we want to be in another five years, and I know my talented colleagues will be able to take us there. Dorico will be smarter, more powerful, and more integrated into a variety of musical workflows than ever before.

We are close to taking the next big steps forwards towards that renewed vision – though the wait for those next steps will be a little longer than originally planned. We will share some more news about this very soon. In the meantime, thank you, dear reader, for taking a short trip down memory lane with me. Happy birthday, Dorico, and here’s to the next five years.