Dorico Showcase: “The Piano” Live with the London Contemporary Orchestra 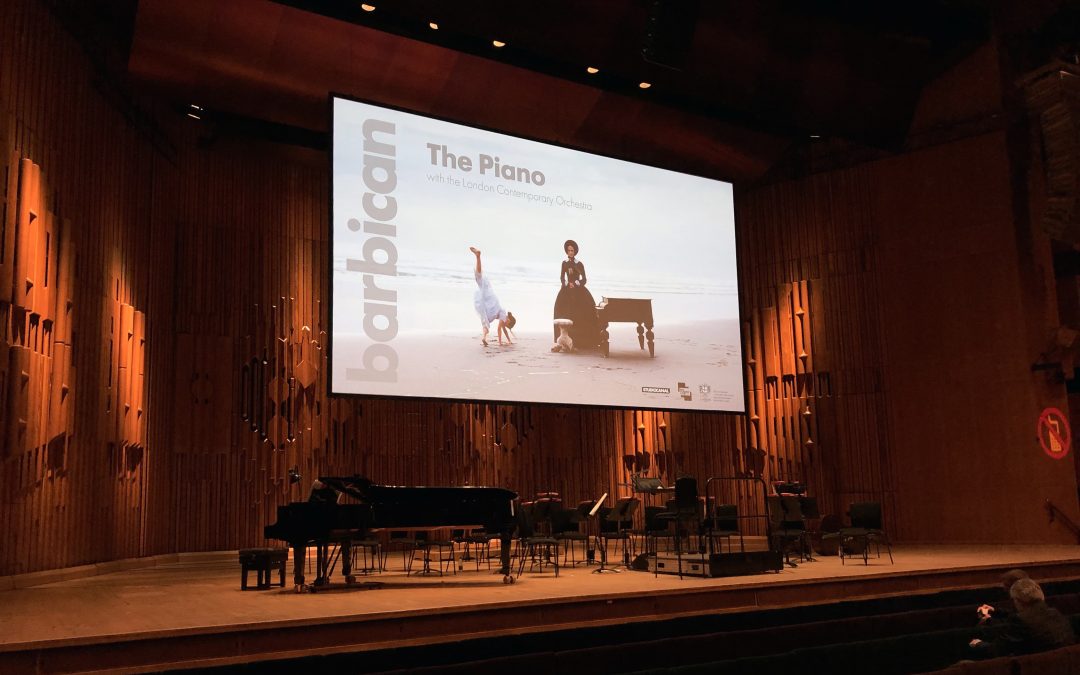 On the evening of Tuesday 26 February, players from the London Contemporary Orchestra under the direction of conductor Andrew Berryman performed Michael Nyman’s score to The Piano in sync with the film at the Barbican in London, and Dorico played a pivotal part in making this concert happen. We are proud to be partnering with Big Screen Live to stage The Piano live, and are looking forward to working together on similar projects in the future.

Written and directed by Jane Campion, The Piano is set in the middle of the 19th century, and tells the story of a mute woman, Ada (portrayed by Holly Hunter), who has a young daughter, Flora (portrayed by Anna Paquin), who is married to a man she has never met on the other side of the world from her native Scotland, a landowner on New Zealand’s north island. Ada communicates with the world through sign language, her daughter speaking for her, and through writing notes on a small notepad she keeps in a metal case around her neck. But Ada communicates also by playing her piano, which accompanies her and her daughter on their long voyage to New Zealand where she will meet her new husband, played by Sam Neill. Ada’s piano ends up in the house of a fellow Scots emigré, Baines, played by Harvey Keitel, who has become close to the native Maori people. Ada agrees to play for Baines under the pretence that he will take lessons from her, but in fact a deeper bargain has been struck.

The film was very successful upon its release in 1993, and one of the reasons for its success is the score for the film, written by British composer Michael Nyman. The soundtrack album sold millions of copies and the main theme, which occurs both diegetically, played in the film by Ada, and non-diegetically in the soundtrack, is among the most memorable and well-known melodies in film music. Many pianists have learned to play the theme over the past two decades! But there is more to the soundtrack than its main theme: scored for strings and three saxophones, who were originally drawn from The Michael Nyman Band, the music draws upon Scottish folksong and is by turns lively and elegiac. 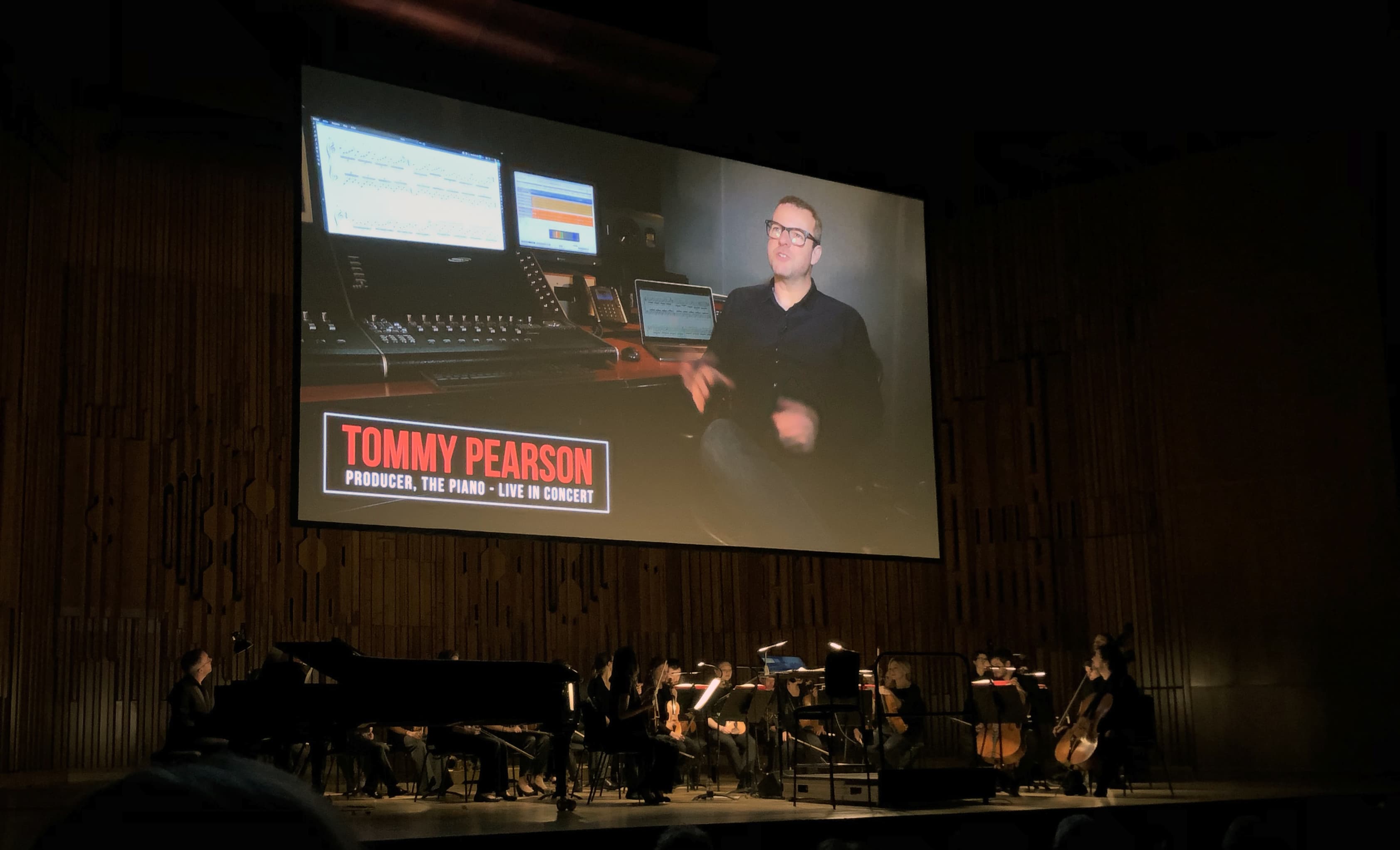 Last night’s performance was produced by Big Screen Live, run by Tommy Pearson. Tommy is a broadcaster who has worked extensively in broadcasting in the UK, and has in recent years been the driving force behind live performances of movies with their music: for example, he staged Christopher Nolan’s Interstellar with Hans Zimmer’s score performed in the Royal Albert Hall in London; in June 2019, a live concert of the music from Downton Abbey with its composer John Lunn playing piano will be staged at Highclere Castle, the main location for the popular TV series and forthcoming film; and more besides.

Tommy is himself a composer who studied under George Benjamin and trained at the Royal Academy of Music in London, but had never used music notation software before. He tried Dorico and found that it was perfect for his needs. That was when we first got in touch, and when we heard about what Tommy was working on, we were keen to work together.

Tommy decided that The Piano would be an excellent next project to bring to the stage, and worked with Nigel Barr, a close associate of Michael Nyman and a member of The Michael Nyman Band for more than 30 years, to secure the rights for the film from the studio, StudioCanal, and from the composer himself.

The music for The Piano had to be retranscribed from the film, because the original score and parts were either lost or didn’t match exactly how the music ended up in the final edit. The music was brought into Dorico in order to complete the score layout and part preparation, which was handled by Lillie Harris (who as well as being the author of Dorico’s documentation is also a composer and engraver who works professionally on film and TV projects, for composers including Ilan Eshkeri, Gordy Haab and Steven Price). The materials are published by Chester Music, Michael Nyman’s long-time publisher, and are part of a growing number of works published by Chester that were prepared in Dorico. 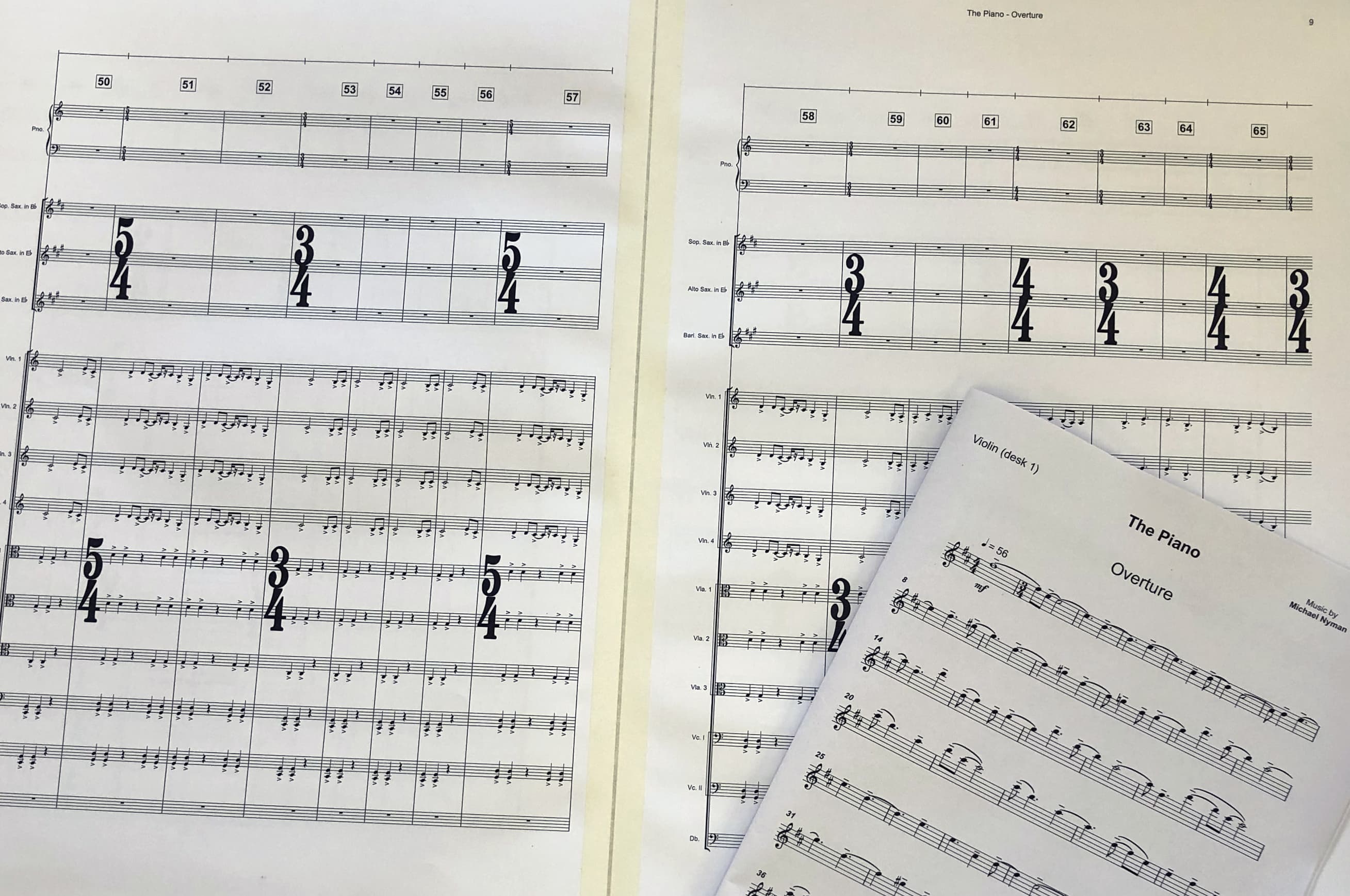 Pages from the full score and violin parts from The Piano.

Before the performance last night, the audience in the Barbican Hall were shown this short film explaining the process of reviving the music for a 26-year old film and the logistics of making it all happen.

We were delighted to be a part of this project, and we’re looking forward to future collaborations with Tommy and Big Screen Live – more news to come later this year. In the meantime, if you’ve not yet tried Dorico for yourself, there’s never been a better time: you can download a free 30-day trial version from our web site.