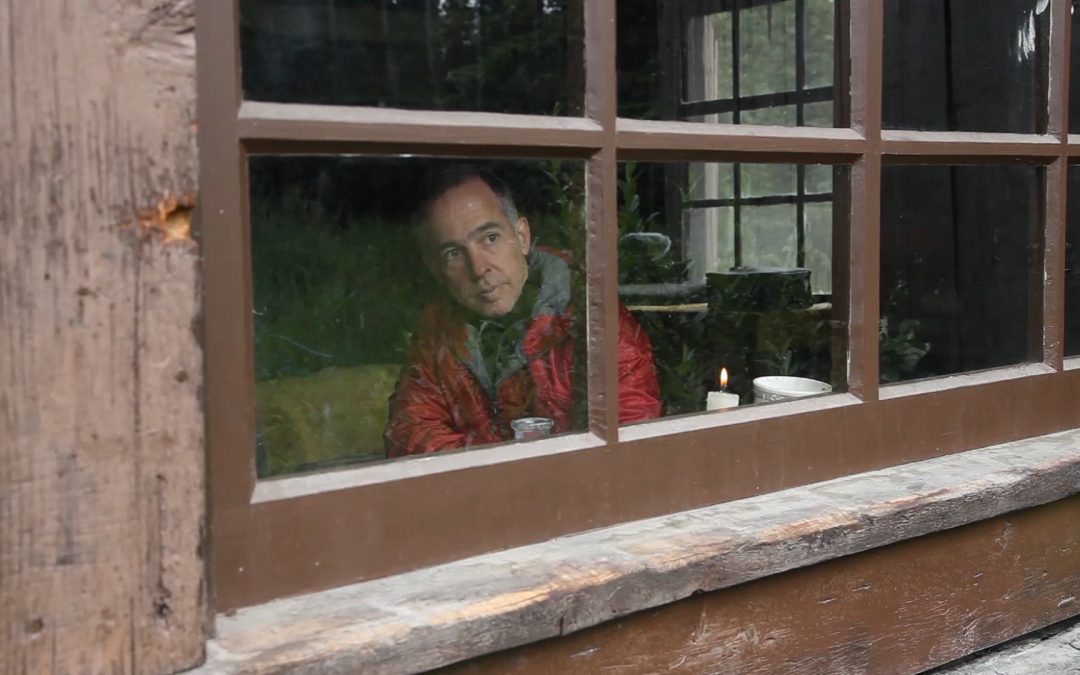 If there is an epithet in this world I would like to have, it is “composer-adventurer”. But this is not a title to which I can lay claim myself: it is rather the title belonging to Stephen Lias, whose joint interests in music and the great outdoors define his relationship with his art and with the world. Stephen’s new work Electric Blue Sand, written for the string quintet Sybarite5, was premiered this past weekend, and I caught up with him to find out how Dorico is helping him with his compositions.

Stephen holds the post of Professor of Composition at Stephen F. Austin State University in Nacogdoches, Texas, and in addition to his work as a composer and educator, he enjoys outdoor pursuits including kayaking, backpacking, and skiing. In addition, he is an accomplished photographer – a recent performance of the Grand Canyon Suite by Ferde Grofé included projections of his photography, along with that of other photographers, of that great wonder of the natural world. Taking time out of his busy schedule, Stephen shared some of his experiences of using Dorico, both in his work as a composer and for publishing; all of his music is published by his own imprint, Alias Press, and distributed worldwide by Theodore Presser.

DS: What was it that turned you on to Dorico in the first place?

SL: I’ve been struck by how central Dorico has been in preparing the score and parts for both Electric Blue Sand and some of my other recent and upcoming works. About a year ago, I entered into an agreement to have the Theodore Presser Company become the exclusive distributor of my own publications. As a result, I have been devoting a lot of time over the past year to creating new editions of all my pieces as we introduce them through Presser’s network of retailers. This ongoing project provided me the perfect opportunity to learn my way around Dorico, and to see how it handled the practical challenges of importing MusicXML files, as well as creating scores from scratch. I have not been disappointed! Right from the very start, it was clear that importing existing material –– standard MIDI files or MusicXML –– produced really good results. The layout and spacing immediately after import were consistently much closer to being performer-ready than I was expecting. As I dug deeper into the revision and engraving process, I was pleased to find how intuitive and musical the process was, as well as how feature-rich the program was.

DS: What piece did you first complete in Dorico?

SL: The first piece I tackled was Five Characters from David Copperfield, for solo saxophone, and it really ran Dorico through its paces. It employs a range of extended techniques as well as narrations. Even though I was new to the software, I was quickly able to manage microtonal accidentals, unmetered sections, flowing music around text blocks, pitch bends, tremolos, and multiphonics. Best of all, the easy manner in which multiple movements are handled within one main file was a really welcome discovery. 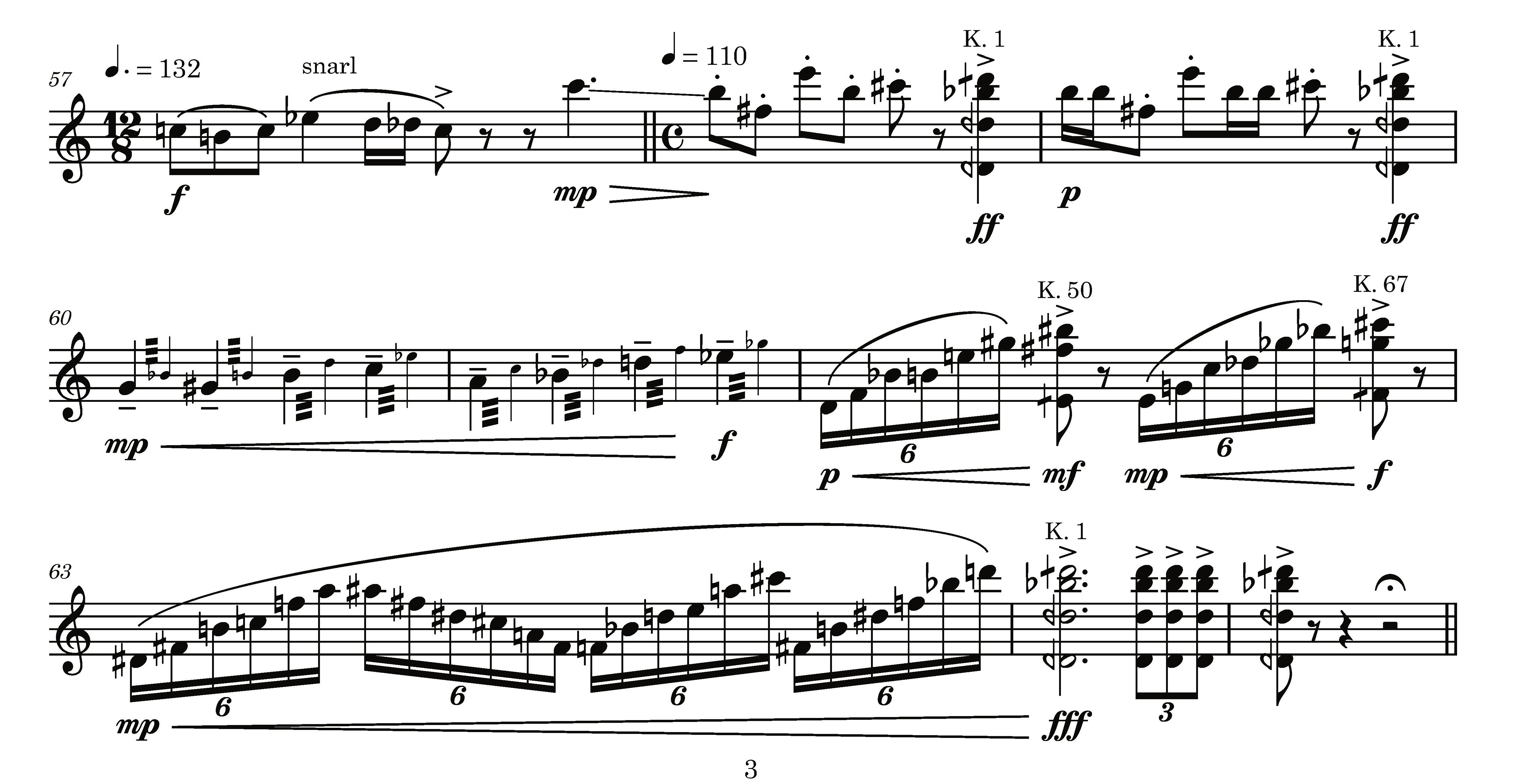 An excerpt from “Five Characters”

Following that challenging first piece, I had no trouble tackling a new edition of my trumpet sonata, The Timberline Sonata, next. A more conventional work, this one required fewer extended techniques but gave me my first opportunity to explore core features like different staff sizes among instruments and dynamically linked parts. I was also really pleased to discover how well Dorico handled cautionary accidentals and alignment of dynamics. 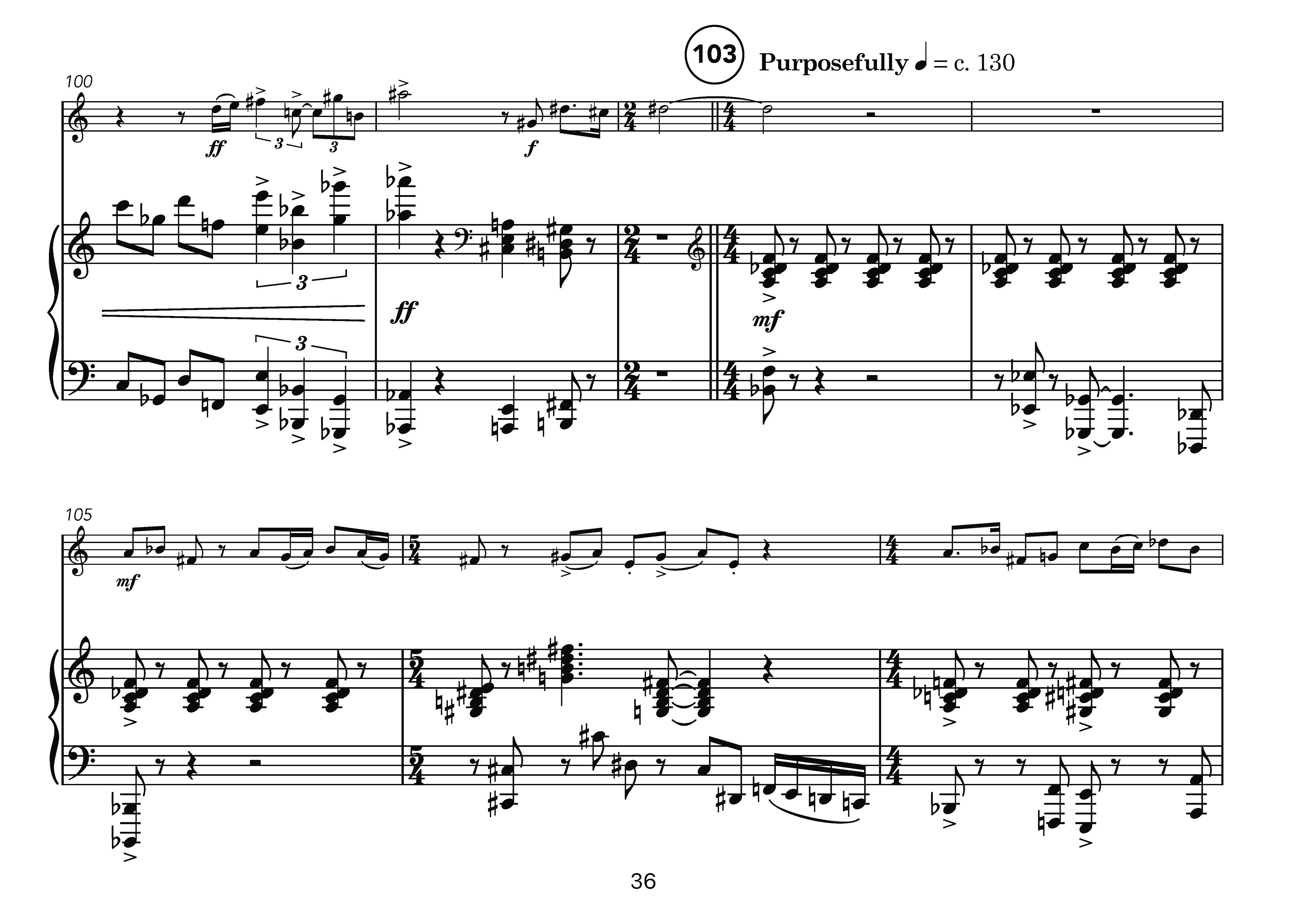 An excerpt from “The Timberline Sonata”.

DS: Tell me about Electric Blue Sand, your new piece for Sybarite5.

SL: With two successful revisions of existing pieces under my belt, I was ready to undertake my first new composition with Dorico. So when the opportunity arose to write a new piece for the terrific string quintet Sybarite5, I eagerly dove in to see how the software handled building a piece from scratch. Full disclosure: some of the material began life in Logic, so strictly speaking I didn’t manually enter all the material directly, but more than half of the piece was created directly in Dorico. As with the other pieces, I found the initial adjustment to be a challenge – hitting the wrong short-cut keys out of decades’ old habits and constantly forgetting where things were. But as I got the hang of it, I found the music entry process quite good. Having used another package for so long, I suspect it will be a quite a while before I can actually enter notes into Dorico as quickly as I can in my older package, but that is hardly Dorico’s fault. After the initial “speed bump,” I find the learning process is pretty quick.

DS: We hear that from a lot of users coming to Dorico from other programs, but once that process of mental rewiring is complete, I think most composers find Dorico’s way of handling note input pretty quick and logical. Were there any features in Dorico that you found particularly helpful as you worked on your quintet?

SL: This new string quintet gave me my first opportunity to start creating cues with Dorico. Let me just say, Daniel, that your implementation of cues is an incredible thing of beauty! For those of us who write a lot of chamber and concert music, this feature alone makes it worth switching to Dorico. I also was able to use slash notation to great advantage in this piece. 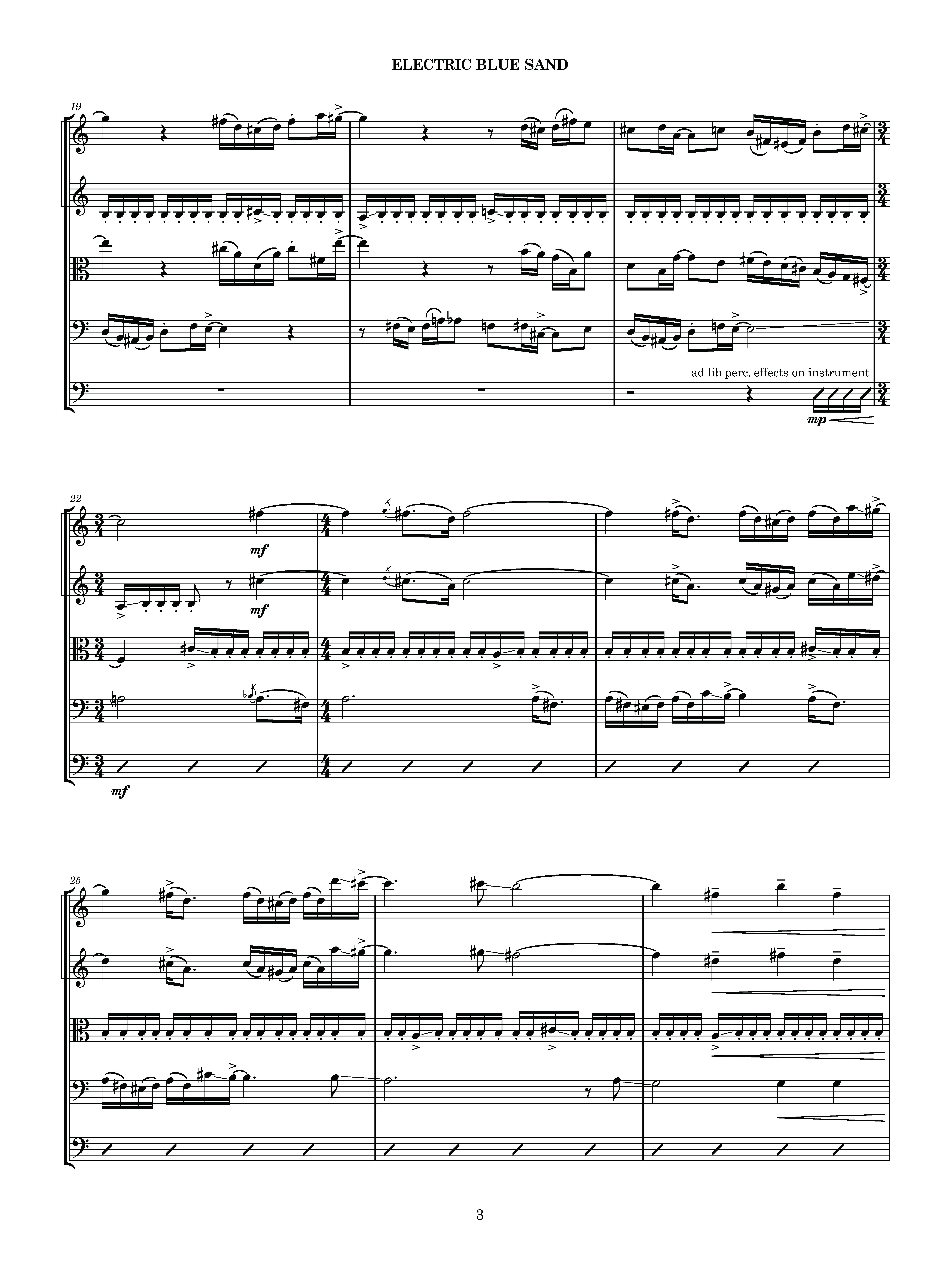 An excerpt from “Electric Blue Sand”

Over the last few weeks, I’ve been working on my first large-ensemble piece in Dorico – a new edition of a band piece composed back in 2007 called Tarantella. Needless to say, I made liberal use of cues again, and also dug into the really versatile percussion notation features. I’m just delighted with the clarity and look of the score and parts I sent off to the printer just a few days ago.

DS: It’s great to hear that Dorico’s handling of cues and percussion have been helpful to you. It’s always our goal to come up with the most flexible, most musical way of handling these situations that we can. I’m biased, of course, but I agree with you that it’s areas like this where Dorico really shines, and where the investment of learning a new program then really pays off, because you just can’t do these kinds of things anything like as efficiently in other software.

SL: Obviously, I’m an enthusiastic adopter, and I’m so happy with both the underlying philosophy of your software, and the detailed implementation of its features. Making the transition to Dorico has made the normally mundane job of score editing into a fun discovery process, and I look forward to digging deeper into existing features, and those to come in future updates.

DS: Thanks for taking the time to talk to me today, Stephen!

If you’d like to find out more about Stephen, his music, and his photography, please visit his web site. And if you’ve yet to try Dorico for yourself, you can download a fully-functional 30-day trial from our web site to take it for a spin.