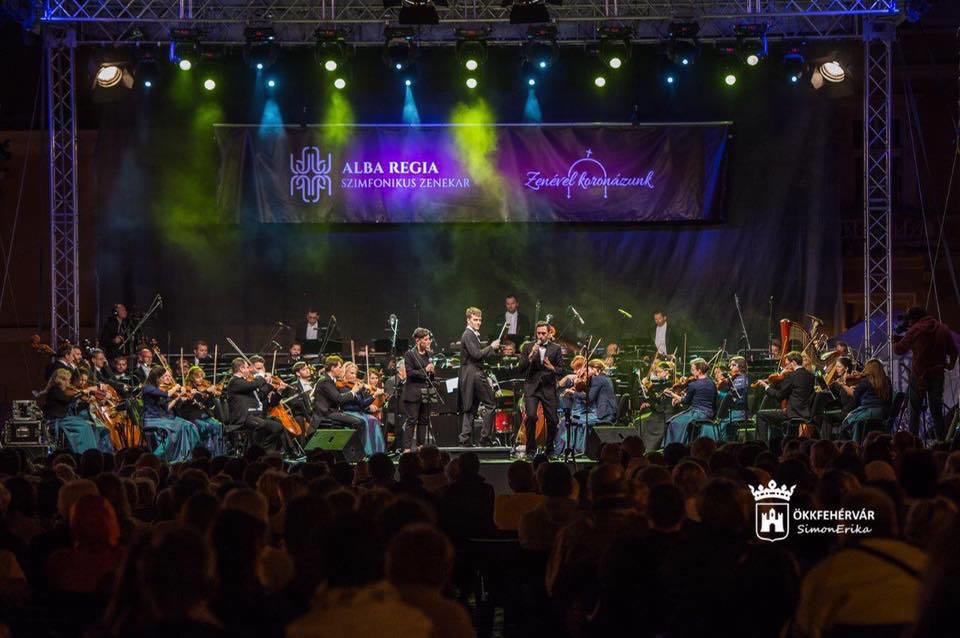 At the end of June, a major outdoor concert took place in the town square of the city of Székesfehérvár in central Hungary. The Alba Regia Symphony Orchestra performed a concert under the direction of Gergely Duboczky performed their summer concert, titled Parlami D’Amore, or in English, “speak to me of love”. The programme included large-scale orchestral arrangements of popular songs by the Italian composer Cristiano Alberghini, prepared in Dorico, and I caught up with Cristiano to find out more.

DS: How did the concert go?

CA: The concert went very well, and all the musicians of the orchestra were excellent. Every detail was really highlighted thanks to the work of the conductor Gergely Dubóczky, first director of the Alba Regia Symphony Orchestra.

DS: Can you tell me a bit more about the orchestra itself?

CA: Besides the Budapest Orchestra, the Alba Regia Symphony Orchestra is the oldest and most important in Hungary. It was born in 1913, so its history goes back more than a century, and it entered a new period after the 2014/2015 season. Before that, the orchestra played its activity under the institutional structure of the Wörösmarty Theater of Székesfehérvár. Starting from 2015, the orchestra has become independent and since then has its own management, and in three years has played to more than 20,000 people in more than 100 major concerts.

DS: What was your role in this year’s Parlami D’Amore concert?

CA: My compositions have a style of film “inspiration”, using a writing rich in details. I wrote arrangements of Italian songs that are famous in Hungary, in symphonic style. The choice of these arrangements I have approached with great care, writing so as to be able to keep up the good name of this orchestra. In addition, other Italian musicians, pianist Denis Biancucci, and singers Francesca Taverni and Fabio Vagnarelli, famous in Italy, joined us for the concert. This collaboration was possible thanks to the brokerage and translation work of the Hungarian manager Benedek Zsuzsanna. 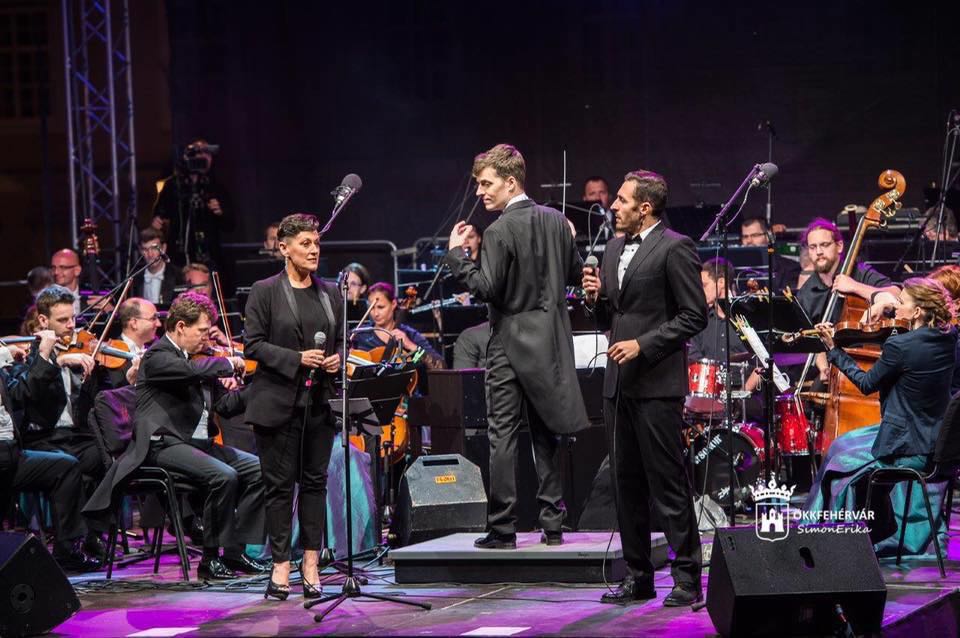 DS: And you used Dorico to write your arrangements for the concert. How was that?

CA: I wrote all the scores with Dorico. This software gave me the possibility to write almost in real time, every idea and every type of writing I could write almost in real time. This allowed me to concentrate much better on musical work and not waste time arranging symbols, key signatures, and so on. Since the release of Dorico in October 2016, it has become my music notation software of choice. It allowed me to speed up my workflow up to 40% – maybe even more!

DS: The orchestra was large, with more than 60 musicians in the ensemble. Preparing parts for that number of musicians is a daunting task even with a tool like Dorico to help you.

CA: Yes, but I must say that the aspect that accelerated my work even more, was the preparation of each individual part. All the single parts were ready to print, I did not have to do almost anything. The print of the score and the single parts was perfect, good to read, and there were no problems with the orchestra. Also thanks to the Steinberg event organised by Franco Fraccastoro, the orchestra leaders were able to see Dorico, and understand how simple, immediate and precise this software is! 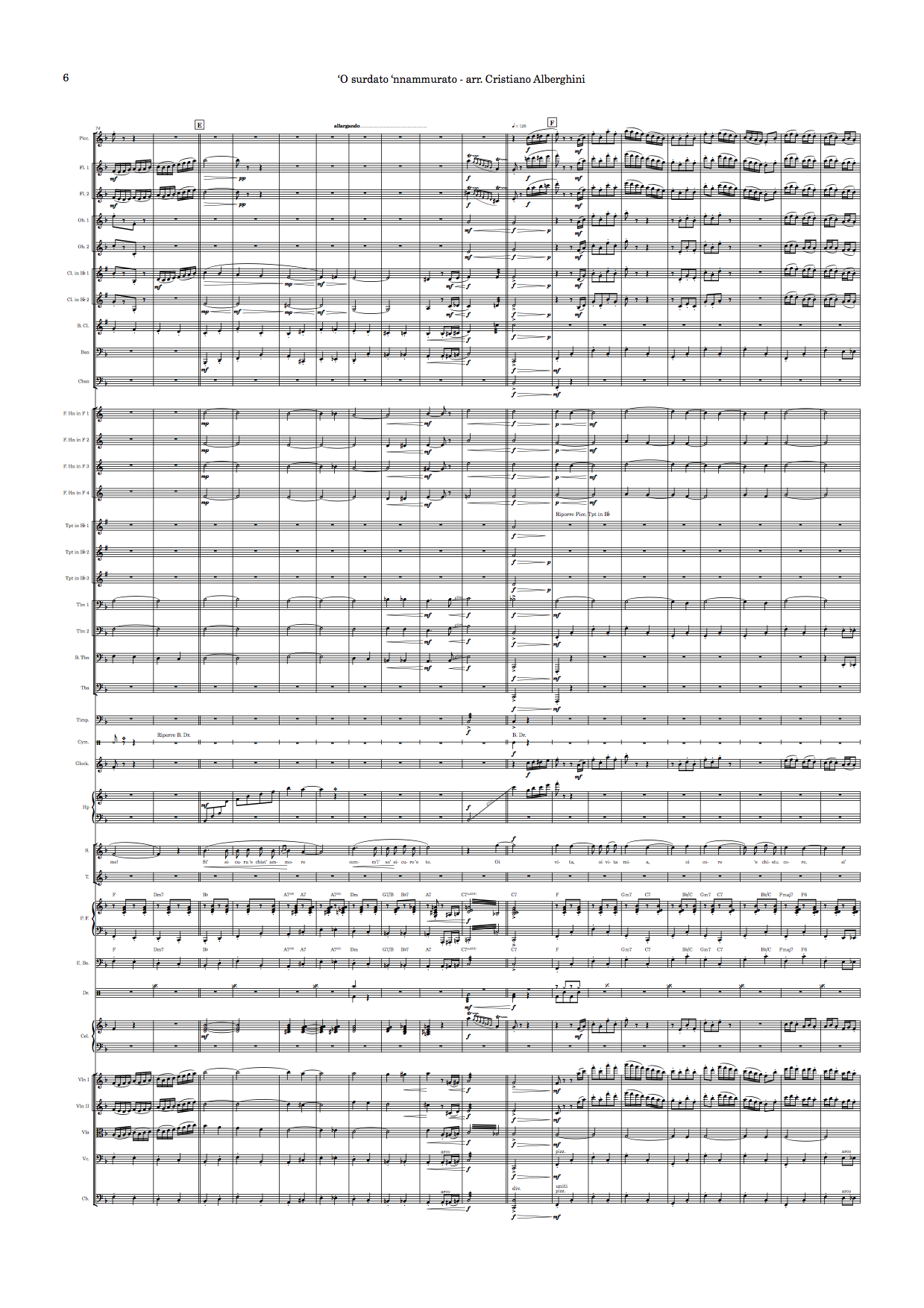 A page from one of Cristiano’s arrangements. (Click for a PDF version.)

DS: Thank you, Cristiano! I hope you continue to work productively with Dorico and produce many more beautiful compositions and arrangements with the software.

If you would like to find out more about Cristiano Alberghini, you can visit his web site. More information about the Alba Regia Symphony Orchestra can be found at its web site.

If you’ve not yet given Dorico a try, there’s never been a better time. A free, fully-functional 30-day trial version is available.