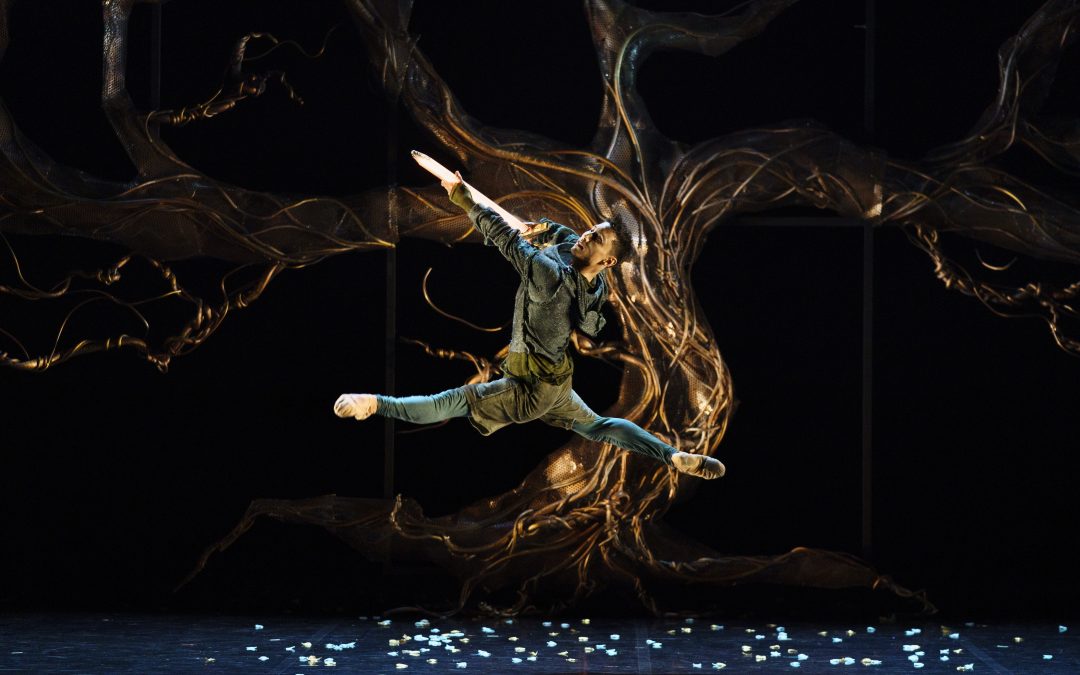 Northern Ballet is a UK based company best known for producing narrative ballets, touring across the UK. Most of their performances are being enhanced by live music, performed by their Northern Ballet Sinfonia which consists of 27 players. Besides performing repertory ballet in new arrangements for chamber orchestra, the company also commissions new works to high profile music composers such as Claude-Michel Schoenberg and Sally Beamish. This year they are staging Merlin, inspired by the story of the mythical wizard, and choreographed by Olivier Award-winning Drew McOnie (Broadway’s King Kong and Baz Luhrmann’s Strictly Ballroom). In addition, Tony nominated and Drama Desk Award winning composer Grant Olding was commissioned to write a new full-length ballet based on the legend of Merlin. Grant, who wrote the music in Dorico, worked closely with Robin Wallington – composer, arranger, editor and recently appointed Mills Williams Junior Fellow in Conducting at the Royal Northern College of Music – who prepared the performance materials from Grant’s score. I recently caught up with Robin to find out about his involvement with the project, the challenges he faced and how Dorico helped him throughout the score preparation process.

AN: Hello Robin, many thanks for taking the time to talk to me. What can you tell me about Merlin and your involvement with this project?

RW: My involvement with the musical material for Merlin has been partly a technical one, as engraver, but also a creative one, as one of the conductors for the première run. The music, written by Grant Olding, is fantastic – tuneful, dramatic, and colourful. Grant had written the score in Dorico, and my job was to take the Dorico file and, taking advantage of Dorico’s comprehensive Engraving Mode, make the score and parts as neat and legible as possible, whilst also casting an eye over the music as we, as a team, discussed aspects of orchestration to ensure it would work perfectly for the ensemble and venues planned. 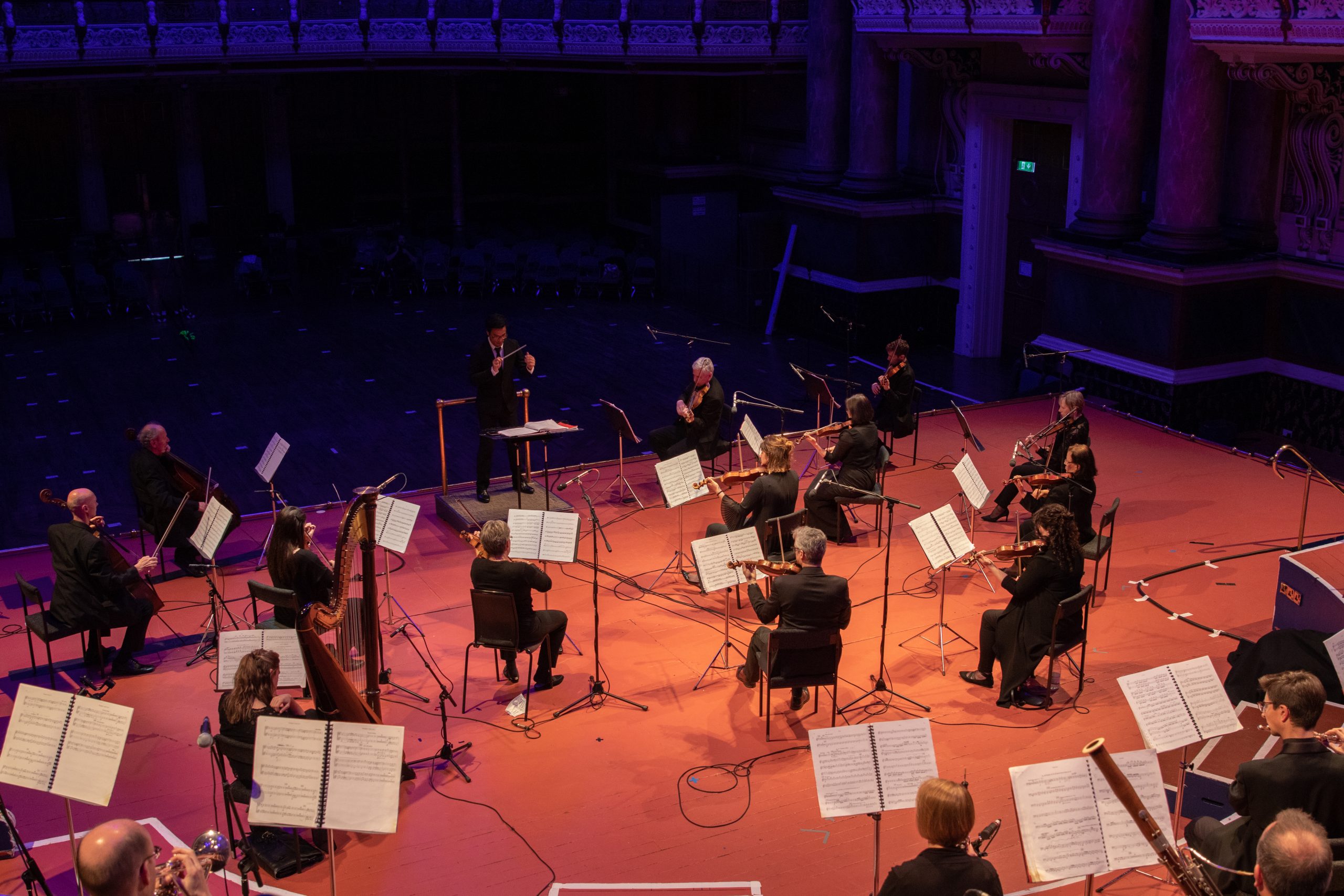 AN: Were there any particular challenges on this project?

RW: Part of the challenge for this score was the scale of the project – two hours of music, equating to nearly 600 pages of full score after formatting. Once that was done, the next job was to format the parts for each individual instrument/section. The percussion parts, in particular, are huge – they were probably the most challenging parts in which to find a balance between the density of information and legibility of engraving, given the number of instrument changes and playing technique instructions. 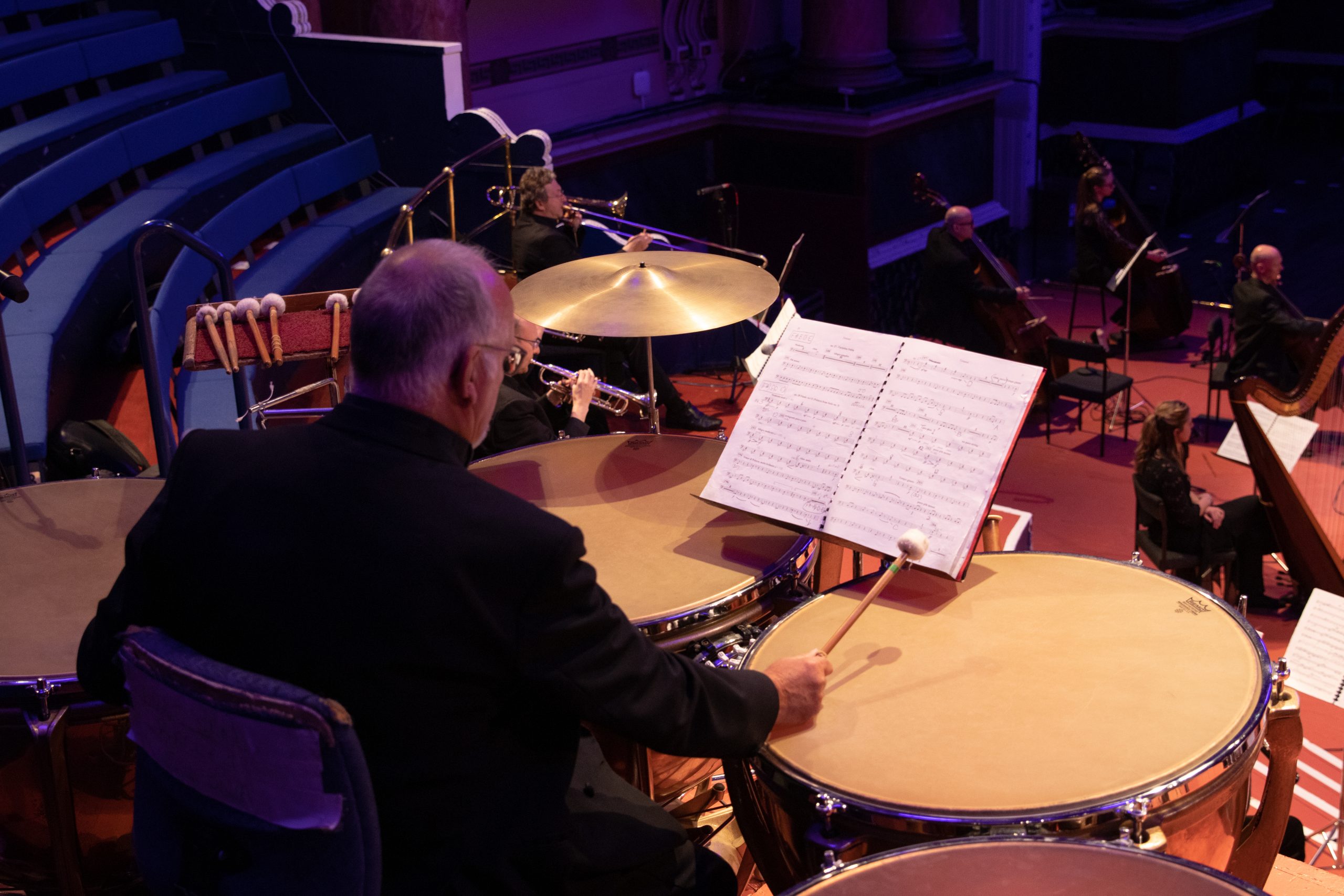 RW: All this was of course stacked on top of the challenge of learning the software itself – this was the first time I had worked in Dorico, and at first the differences from my previous softwares of choice was initially disarming. Keyboard shortcuts, for example, are such ingrained reflexes that as I was taking myself through the introductory tutorial project recommended by Dorico I occasionally struck certain keys out of instinct, temporarily causing minor havoc. The native shortcuts for Dorico, though, were so startlingly simple and logical that it only took a few days before I actually felt more at home than on my previous softwares. I indulged in a few of my own exercises to build up muscle memory, transcribing a few Charles Trenet songs and a short miniature of my own for string quartet. 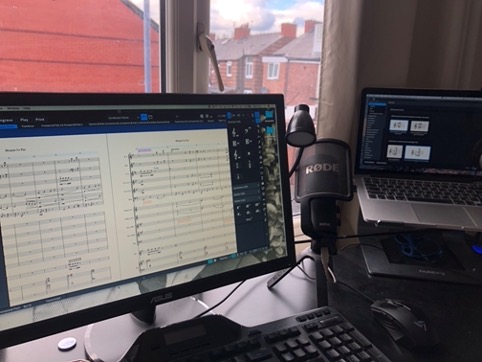 AN: Were there any features of Dorico especially helpful in allowing you to complete this project?

RW: I love so many features of Dorico, but the feature which was absolutely indispensable throughout the Merlin process was actually the basic setup of a Dorico file – the separation of Engraving preferences between score and part layouts allows the user to keep the parts and score as part of the same file without worrying about formatting in one disrupting the formatting of the other. Changes to notes/dynamics etc., however, DO carry across. Since the score was still evolving as I was engraving it (and there are a few hundred changes ready to be made for the second edition, following the rehearsal process for the first run!), this saved a colossal amount of time. In other softwares, I have often had to work on scores and parts in separate files, meaning any changes have to be made in multiple files. I was very glad to see the back of this laborious task! 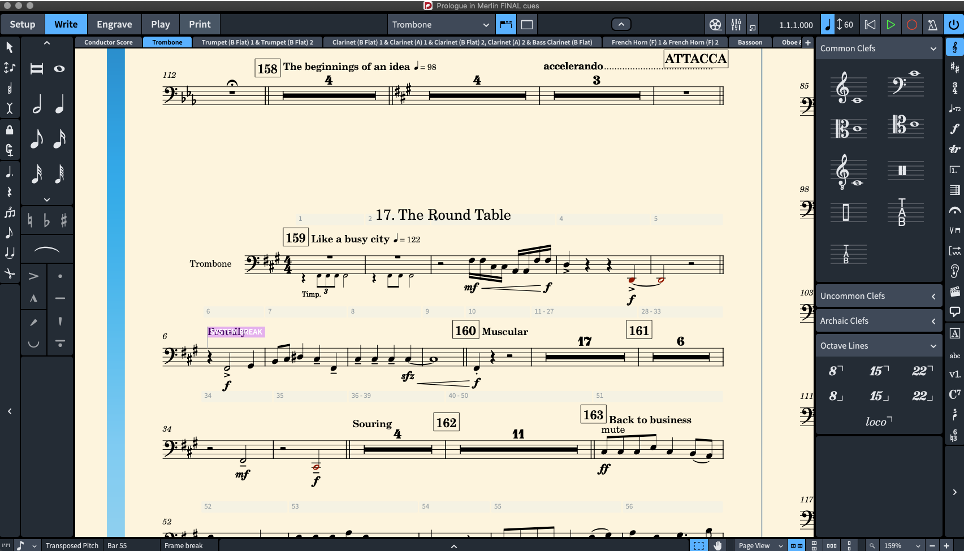 The Engraving functions are highly intuitive, but also extremely comprehensive – it takes little to no time to get something looking really rather decent, if that is all you need, but a little further exploration allows for absolute fine-tuning if you have more time on your hands.

AN: Thanks for taking the time to talk with me, Robin.

Northern Ballet’s Merlin is currently touring across the UK until December 2021. You can find out more about the performance, check out the trailer or book you’re your tickets here. To check what else is on from Northern Ballet click here. And if you want to try Dorico for yourself download a 30-day free trial.