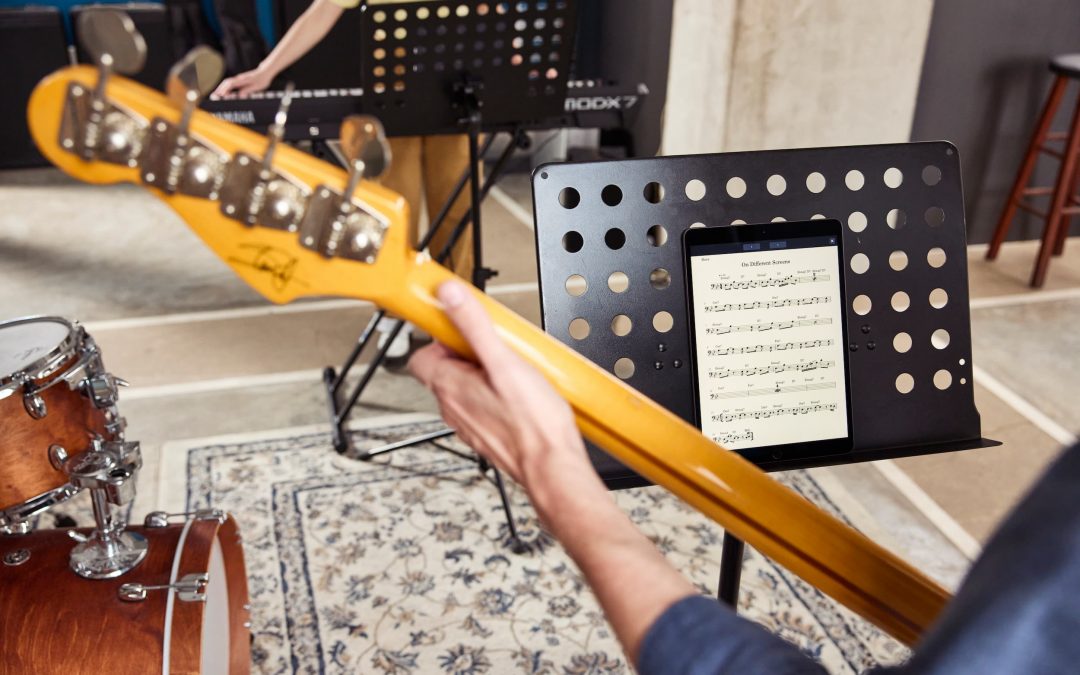 We’re pleased to announce the immediate availability of a second update to Dorico for iPad, bringing it to version 1.2. Firstly, this update is compatible with the forthcoming iPadOS 15 update: if you’ve been running the iPadOS 15 Public Beta, you may have experienced some issues with the appearance of Audio Unit interfaces in Play mode, and perhaps even encountered that you cannot interact with their controls. These problems have been fixed, and Dorico for iPad is now ready for the latest and greatest version of iPadOS, which we expect to be released soon.

In addition to these fixes for compatibility with iOS 15, we have of course taken the chance to add a few improvements to Dorico for iPad in this release. Most noticeable is the introduction of so-called kinetic scrolling for the music area, which means that as you pan the music around with your finger, when you release your finger with the screen, the music will continue scrolling a little way, taking the direction and speed of your swipe into account. This makes it much easier to scroll through layouts with more pages. It’s also now possible to pair Bluetooth-enabled MIDI devices directly from within Dorico for iPad: simply go to the Play page of Preferences and tap the Bluetooth MIDI Devices button to connect your MIDI device.

The full list of changes and improvements in this update are as follows:

If you’ve not yet downloaded Dorico for iPad, you can download it for free from the App Store today. If you’ve already installed Dorico, if you have auto-updates enabled, you may already have version 1.2: otherwise, tap the App Store app on your iPad and search for Dorico, then tap Update. Finally, it would really help more musicians to find Dorico if you could leave a rating or review in the App Store. Please take a moment to give Dorico a five-star rating, if you feel so inclined!