Dorico Showcase: Composer Paul Brody asks “Are you in love?” 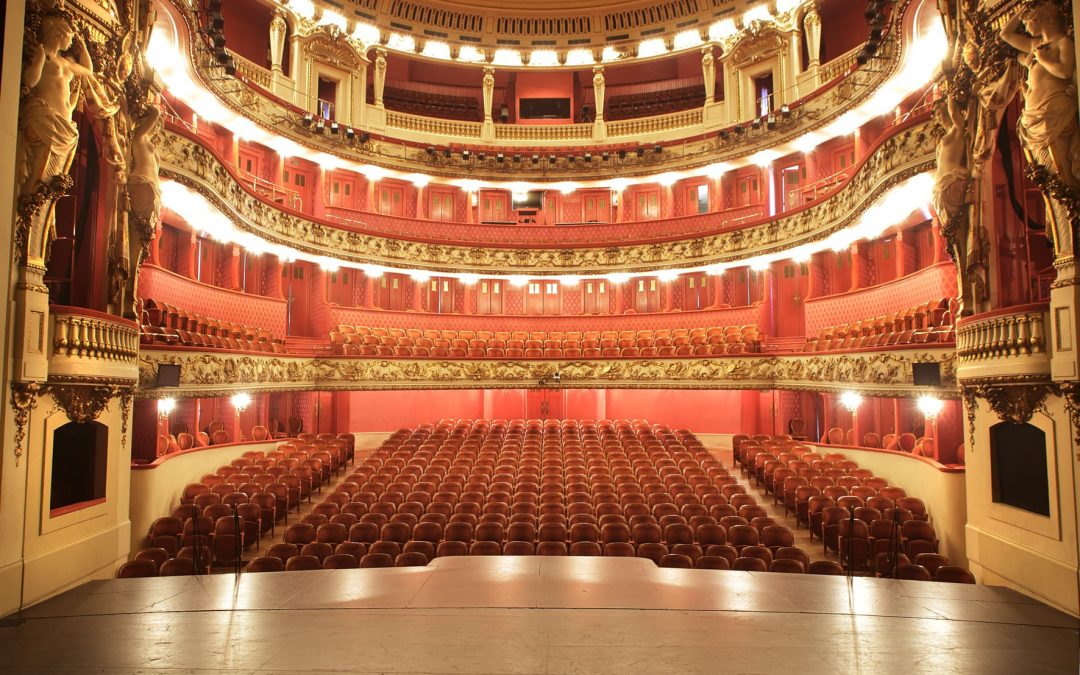 Composer and sound artist Paul Brody has a deep fascination with the music of human speech, and he has brought his years of focus on what he calls voice-melody to a striking and original new opera Are you in Love? (in French: Êtes-vous amoureux?) for the Opéra national de Lorraine, in the city of Nancy in the east of France. Originally intended to be the curtain-raiser for the 2020/21 season at the opera house, the global pandemic forced Paul and the creative team to rethink the opera as an online presentation of 12 short films. In each film, the performers re-enact a conversation about love and relationships between citizens of Nancy, collected by anthropologist Alexander Levinger, and painstakingly transcribed by Paul with the help of radio producer Chloé Kobuta. After the opera was recorded in the studio, each scene has been filmed by director Kevin Barz. The result is something quite extraordinary, with a sophisticated online presentation that allows you virtually to walk the streets of Nancy and experience each conversation one after the other.

Paul used Dorico as he worked on the opera, and I had been in touch with him quite a bit over the course of the project as he set about learning it new tool to help him bring the opera to life. Now that the work is complete and has been premiered on the Opéra national de Lorraine’s web site, I wanted to find out more about his compositional process, how the opera had to change in the light of the pandemic, and what he’s up to next. 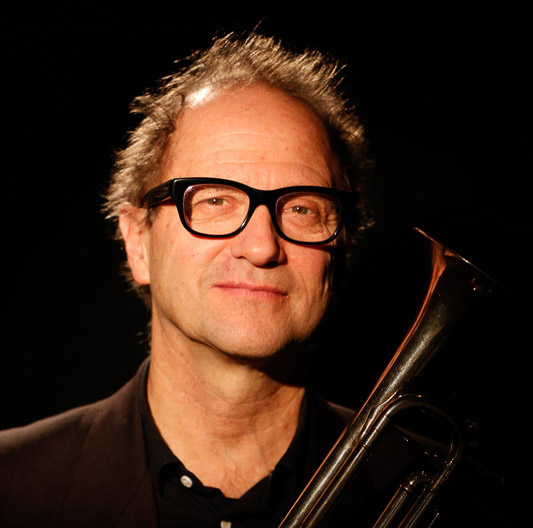 DS: Are you in love? is a remarkable and unusual project. How did you come up with the concept of recording conversations with the people of Nancy to form the basis of this opera?

PB: Many of my sound installations explore the parallel worlds between spoken word and voice-melody. I’ve had a lot of luck with this, with exhibits in places like the Museums Quartier in Vienna, the Jewish Museum Berlin, and the Canadian Language Museum. There is much artistic inspiration in the human voice that is yet to be explored!

The new artistic director of the Opéra national de Lorraine was looking for composers who he felt ‘composed differently.’ He was also interested in attracting a more general audience to the opera house. So I suggested that we put the stories from the people living in Nancy on stage. Both the stories and the voice-melodies of the stories. I told the director, “Let the city write its own opera!”

DS: You have always had a fascination with the boundary between music and speech, and this has been a major preoccupation in your creative endeavours. How do you approach the transcription of speech into melody and rhythm?

PB: There is as much melodic inspiration in the everyday spoken voice as in any opera aria! But we filter much of it out in lieu of the meaning of the words. We human animals worship the golden calf of logic! The brain spends most of its energy as a filter! In order to focus on the concrete meaning of the words, much of the melodic content is filtered out. My work is often dedicated to composing with spoken word in a way that leads the ear back to the musicality of our own voices. This is a deep thing. I can talk forever about what I call sonic identity.

The voice carries both technical information like age, and places where one lived, the speaking idiosyncrasies of how one’s parents spoke, as well as very personal emotional information. The voice-melody carries its own narration both with and independent from the worlds spoken. I am fascinated by this. My composing is almost an anthropological exploration of the voice. For example, I interviewed a woman from New Delhi who does textile art in Berlin. When talking about “traditional Indian dyes and colors” she talks in C pentatonic. Whenever she mentioned “German design” her voice went chromatic! For me as a composer interested in voice-melody, this was like finding gold!

DS: You worked in collaboration with radio producer Chloé Kobuta and anthropologist Alexander Levinger, who conducted and recorded the interviews, and I know that Chloé in particular was crucial in navigating local figures of speech and slang. As I understand it, you don’t actually speak French yourself – so how did that influence the way you and Chloé approached the material?

PB: I did take French lessons for this project. But my lack of language ability forced me to be very true to the voice melody itself. That was the only honest way I could work with a language that was not my own. Chloe helped me to understand the French by imitating the voice-melodies in slow motion for me. So I worked with both her voice and the original interviews. We designed a special notation that told our singers to sing the “street” French while writing the text in “written” French.

Each of the 12 interview-compositions started out by transcribing the voice melodies of the interview note for note. It was very slow work! And each voice-melody defined a specific tonality that became the basis for the composition. I use a kind of Schoenbergian approach to working with the intervals in the voice. I can go on forever about this. But that’s enough! 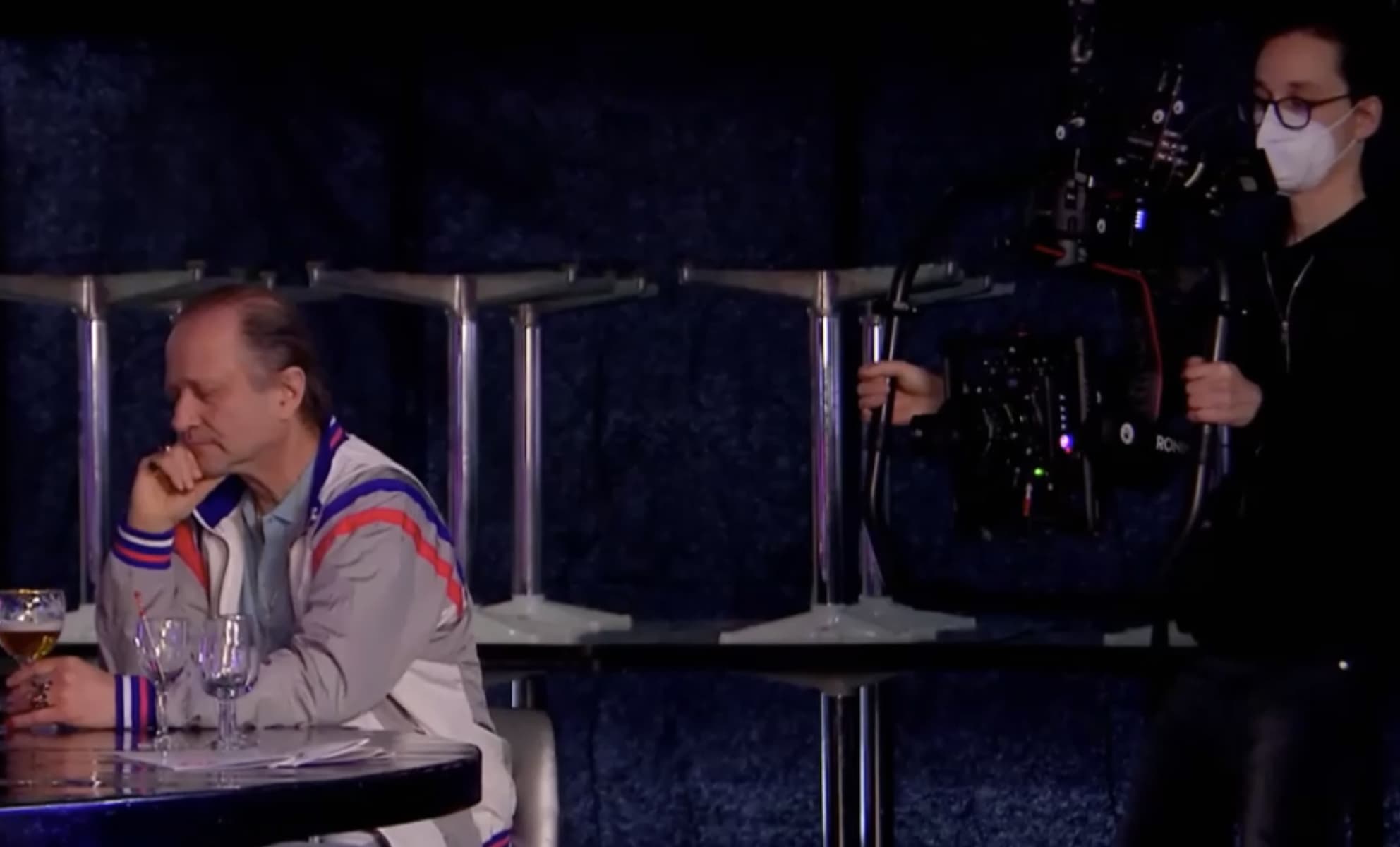 DS: I guess the new work was originally intended for performance to a packed opera house. Did you know before the work was completed that it would premiere online, and did that play a part in how it turned out?

PB: We had luck in bad luck! The project does not feel like a “Plan B.” Because it turned into a recording project, the singers could really get into the words and sing-speak close to the mic and we could really capture much more of the voice than if the singers had to stand in the opera house and project to an audience sitting in more than a thousand seats!

And because the project turned into a film project, our young rising star director, Kevin Barz, brilliantly adapted the opera to film form. Like a Night on Earth kind of thing. Each story found its own place in the city. As you can see from the opera house website, one clicks on the dots on the map and the scenario opens up.

DS: Were any features of Dorico particularly useful in the process of composing the opera?

I also want to thank you for your helping and rescuing me when I had problems with learning Dorico!

DS: You’re very welcome. It’s all part of the service! What will you be working on next?

PB: While filming this opera I was spending my evenings composing for the next huge project. That is the Democratic Symphony. It’s a documentary theater piece from Kevin Barz. He took live recordings of recent debates in German parliament and edited them into a one-hour narrative. So I went from composing with love stories told in French to German politicians arguing! The symphony is also based on voice-melody narration and is huge and explosive with sheets of sound and jagged rhythms bounding off of each other. The human music of debate!

DS: That sounds just as fascinating as Are you in love? I look forward to hearing more about it. For now, thanks for taking the time to talk to me.

If you haven’t yet checked out Are you in love? you can do so on the web site of the Opéra national de Lorraine. To find out more about Paul, visit his web site. If you would like to download a fully-functional 30-day trial for Dorico Pro, you can grab it from the Steinberg web site.