Dorico Showcase: Inside Netflix’s “The Prom” with orchestrator Erik Arvinder 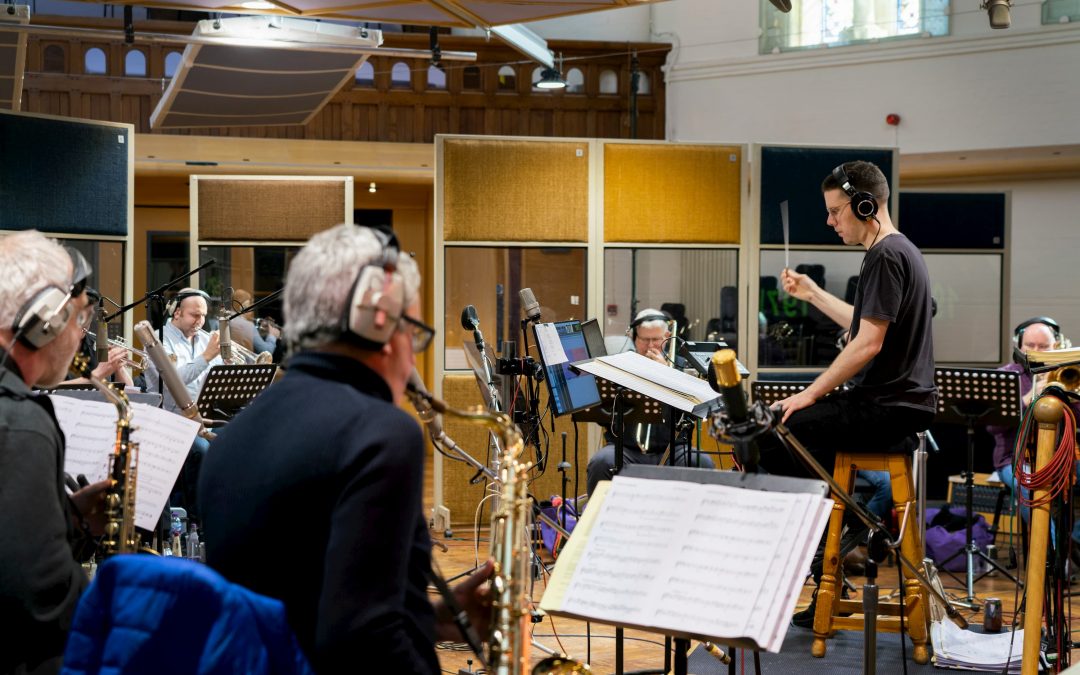 If you’re looking for a big, bold, colourful movie musical jam-packed with huge stars – including Meryl Streep, Nicole Kidman, Keegan-Michael Key and James Corden – this holiday season, then look no further than The Prom on Netflix, which is available for streaming from 11 December.

The Prom comes from mega-producer Ryan Murphy – the creative mind behind Popular, Glee, American Horror Story, Ratched, and many others – and is an adaptation of the musical with music and lyrics by Matthew Sklar and Chad Beguelin, and a book by Bob Martin and Beguelin, that was first staged in Atlanta in 2016. In the musical, four faded Broadway stars travel to the conservative town of Edgewater, Indiana to help a gay student who is prevented from bringing her girlfriend to the school prom, by staging a prom of their own.

I was lucky enough to go with my colleague Lillie to one of the recording sessions for this musical at AIR Studios in leafy Hampstead in north London back in March of this year, just before the national lockdown in the UK to meet with Erik Arvinder and the music team. Erik was not only on the podium conducting that day, but he is also the lead orchestrator for the movie, and all of the scores and parts for the orchestral sessions were prepared in Dorico.

Erik Arvinder is, like many busy music professionals, a multi-hyphenate with many talents: he is a skilled, well-travelled and widely-recorded violinist, who was at the time of his appointment the youngest ever permanent appointee to the first violin section of the Royal Stockholm Philharmonic Orchestra, in the city where he also studied at the Royal College of Music. His playing features prominently in a number of films, including playing under the baton of John Williams in two of the last three Star Wars movies, and you will certainly have heard his solo in Lady Gaga’s Alejandro; he’s also toured with John Legend and Childish Gambino. In addition to his impressive career as an instrumentalist, he has for the past decade split his time between Sweden and Los Angeles, working as an arranger and orchestrator on many high-profile projects, including the comedy series Community, the Dwayne Johnson/Kevin Hart spy caper Central Intelligence, and horror director Eli Roth’s 2018 re-imagining of the classic “video nasty” Death Wish. 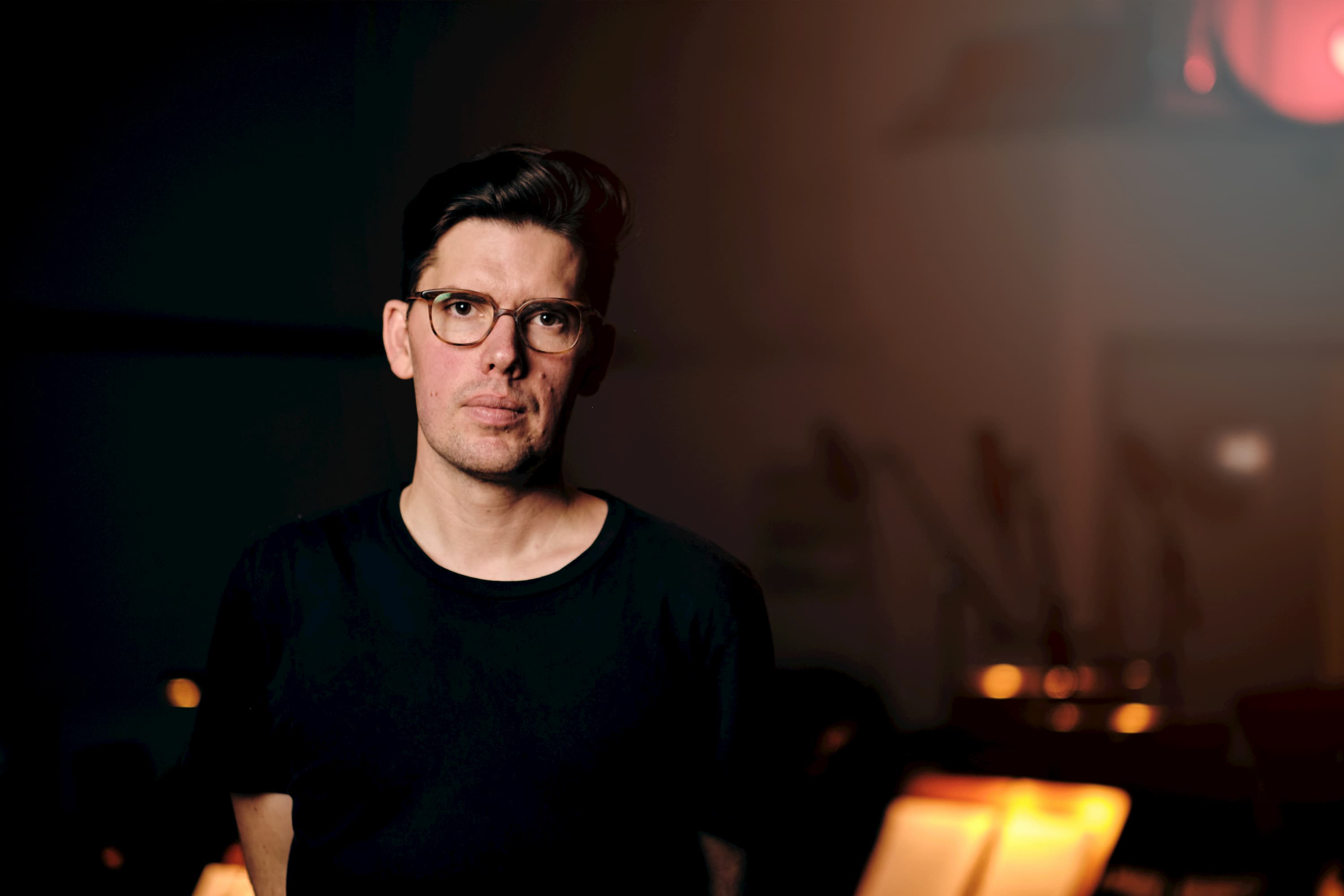 Even since we were together in London in March, and despite the restrictions on music-making of all kinds – from concerts to festivals to recordings – he has stayed busy through the spring and summer. Now here we are at the tail end of this most extraordinary of years, and the movie is just about to be streaming to millions of viewers around the world. I caught up with Erik to ask him more about the project.

DS: You’ve worked on some huge projects as an orchestrator, but I believe “The Prom” is your first full-length musical. How did the scale of this project compare to some of the others you’ve worked on in the past?

EA: It’s undoubtedly a lot more work orchestrating a full-length musical compared to regular motion picture but it’s also a ton of fun. There are no transition cues and no underscore. It’s constantly in focus and has to be drawing the attention of the listener at all times. I think the process it’s somewhat more similar to arranging a pop record although twice the amount of music and in a dozen different genres.

DS; When we met at AIR Studios in London in March for the recording, all of the principal cast had already recorded their vocal performances. What has the post-production process been like of bringing the music for the move together?

EA: When we recorded the orchestra at AIR the cast and crew were just about to wrap up the shooting of the movie but due to COVID-19 they were forced to shut down and could not finish filming until the end of July. The shutdown also affected the remaining work on the soundtrack but we were incredibly lucky to get the orchestra and band recorded before the restrictions went into effect. The producers Peer Åström and Adams Anders and their team did a great job navigating the strict protocols in California and somehow managed to get everything done in time and in a safe manner. I’ve heard rumors about vocal sessions where the singers were wearing face shields. 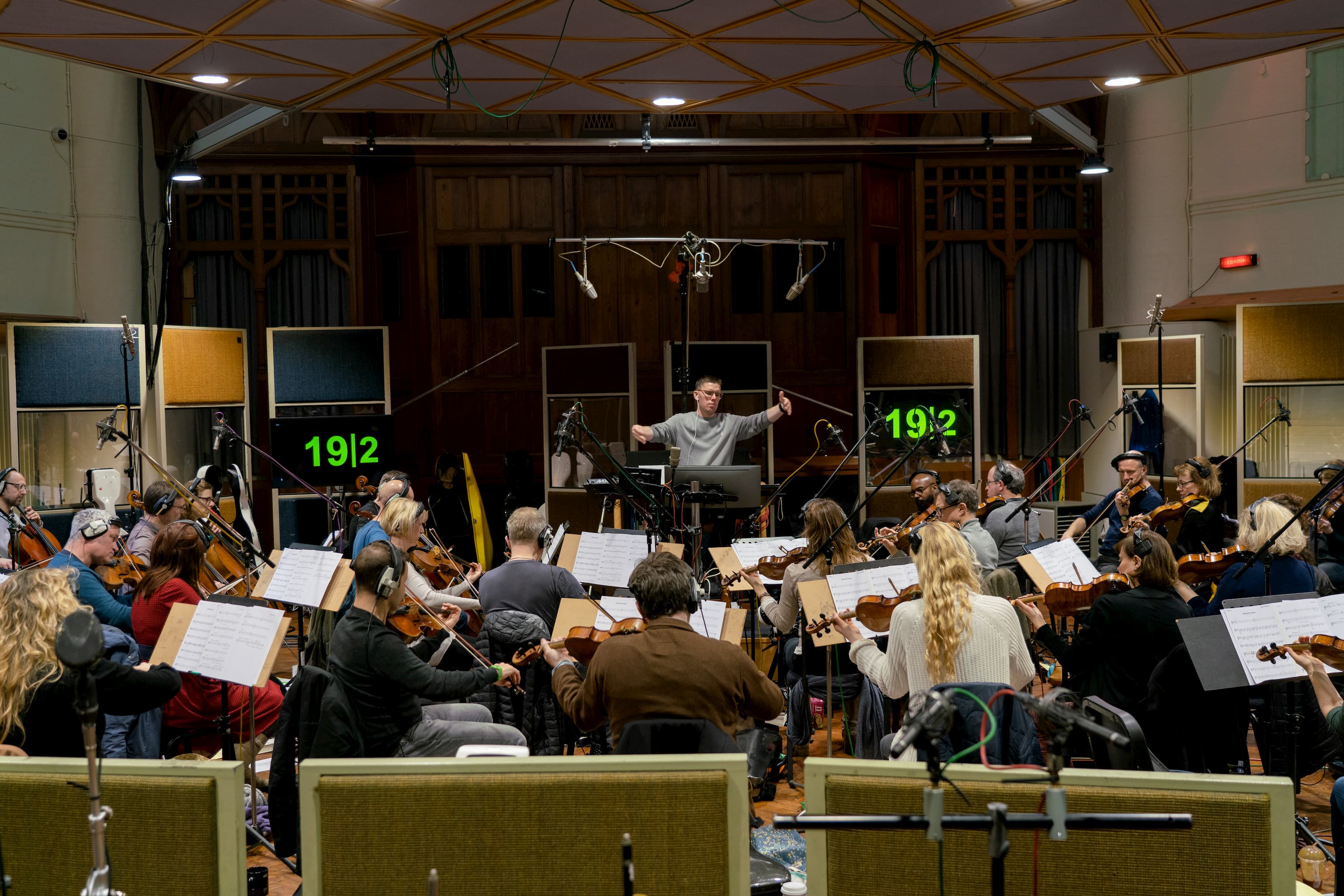 DS: You and your team prepared all of the scores and parts for The Prom in Dorico. Were there any particular challenges you encountered along the way?

EA: I think the only hurdle was how new Dorico was to us at this point but after finishing the first song we got the hang of it and the rest of the process was a breeze. We worked together with Jill Streater and her amazing team on all of the preparation and they made everything look like a million bucks.

DS: Conversely, did any of Dorico’s features help to bring the project to completion more easily?

EA: One word: Condensing. Does anyone even remember what it was like to handle a large score before condensing?

DS: I know that since The Prom you’ve been keeping busy, even in this strangest of years. What will you be working on next?

EA: I’ve been very fortunate to be able to work throughout this year. Currently I’m working on a project with the Royal Stockholm Philharmonic Orchestra to be released in the spring. It’s a mix between electronic dance music and classical music, so I guess not entirely different from The Prom! 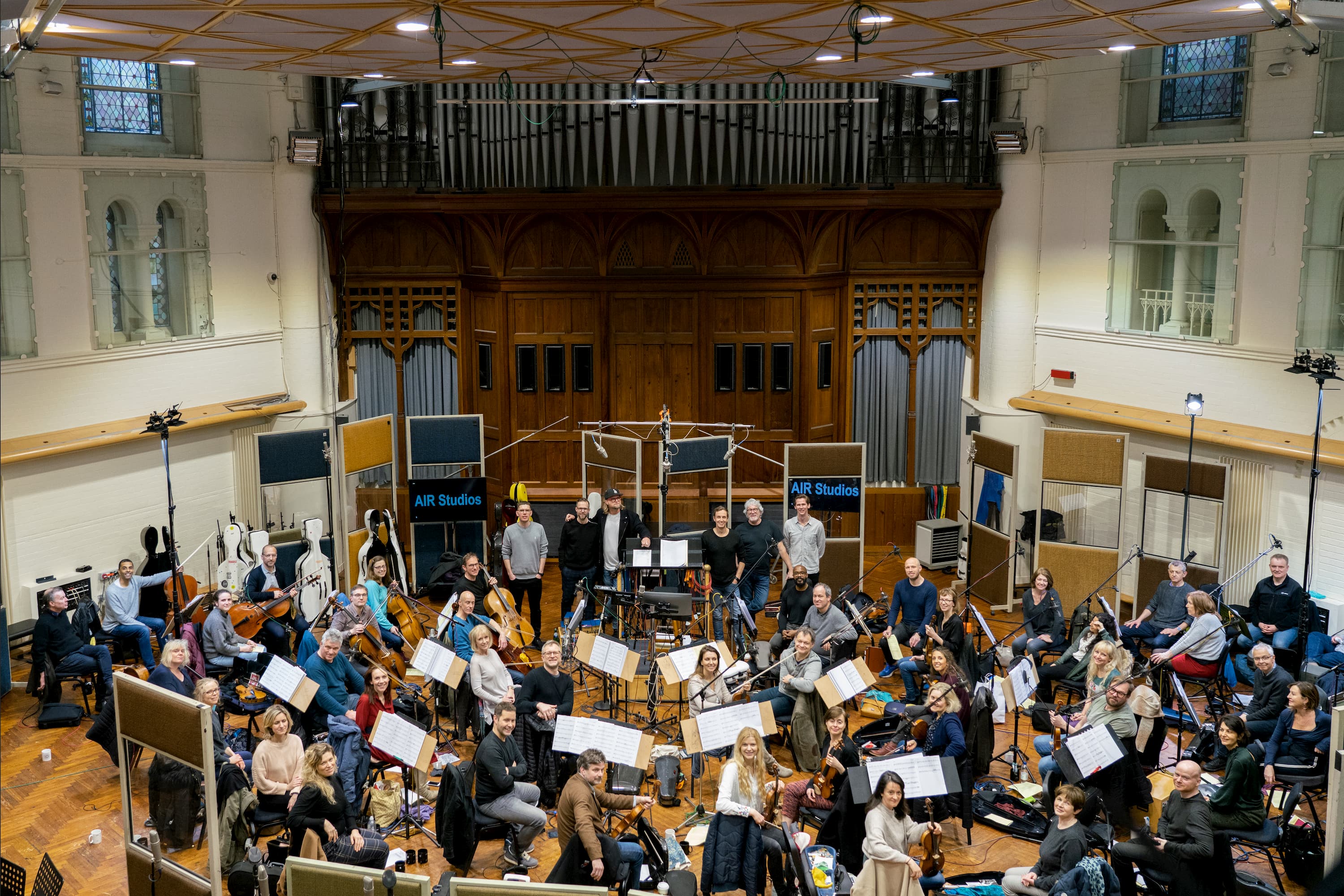 Erik, the music team and the full orchestra at AIR Studios in London. (Photo: Gabriel Lundh)

DS: Thanks for taking the time to talk to me again, Erik. I’m looking forward to watching The Prom!

You can watch The Prom in a limited theatrical release in cinemas from early December, and it comes singing and dancing, bedecked in sequins, to Netflix around the world on 11 December. To get in touch with Erik, check out his web site. If you’ve not tried out Dorico for yourself, you can download a fully-functional 30-day trial version absolutely free.