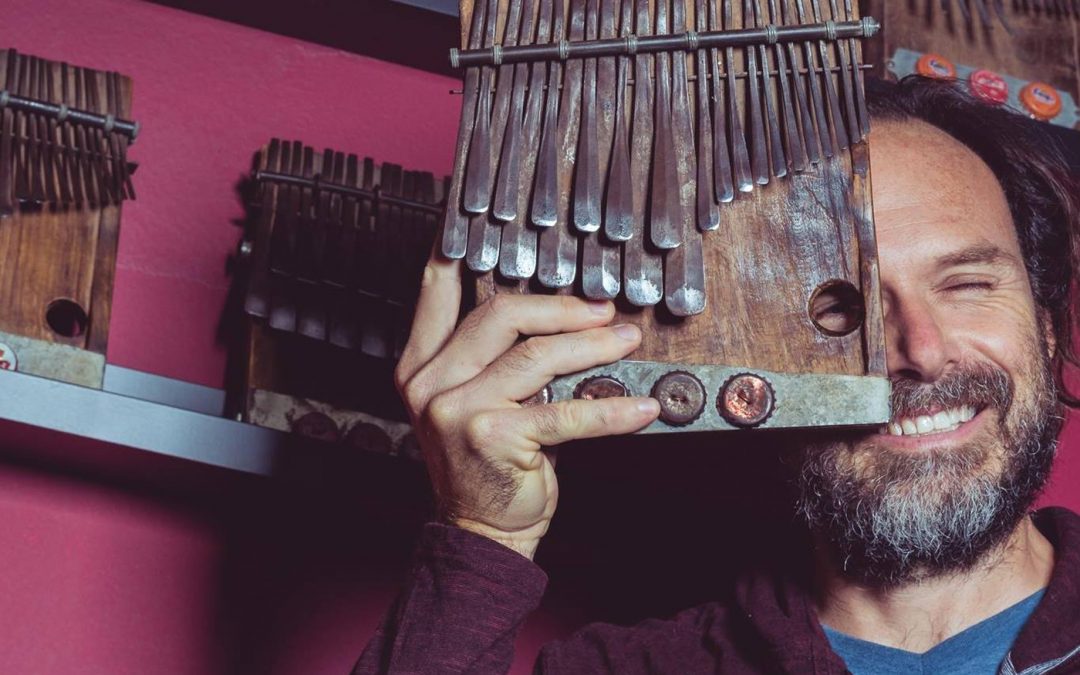 Seis Manos is an upcoming animated series which will be premiering on Netflix on October 3rd. Set in the fictional Mexican town of San Simon, Seis Manos follows three orphans, raised in the forms and philosophies of the Chinese martial arts, who set out on a path of bloody revenge and justice after the death of their mentor.

We spoke to Joel Laviolette – composer, sound designer, musician, and educator – who did the music preparation for the series using Dorico. Joel worked with Carl Thiel, the music composer of Seis Manos who is also known for his work on Alita: Battle Angel(2019), Planet Terror (2007) and Machete (2010). 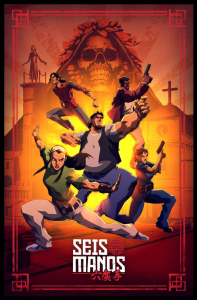 AN: What can you tell me about Seis Manos series and your involvement with this project?

JL: Seis Manos is an upcoming animated series on Netflix. The series consists of 8 episodes and will be coming out soon. I had the pleasure to work with Carl Thiel, the music composer of the series; I was responsible for the Music Preparation (scoring charts from the DAW->Dorico) for the musicians to play while recording.

AN: Can you tell us anything about the recording session?

JL: There were many sessions.  Everything from Mariachi trumpets to vocalists, string quartets, Chinese flutes and stringed instruments-all sorts of stuff.  I didn’t get to go on the trip, but Carl also went to Budapest to record with a full orchestra there.  One of the most exciting ones was with Tina Guo – the amazing Cello player that is probably most well known for her work with Hans Zimmer.  There’s a lot of really cool and diverse music from lots of different cultures in the show, so it was really fun to work on!

AN: Were there any particular challenges on this project?

JL: I’d say the tight timelines to keep on schedule.  There were days when I’d need to have 10-20 charts ready the next day for a recording session that had just popped up. It was all great fun though.

AN: Were any features of Dorico especially helpful in allowing you to complete this project?

JL: I imagine I use Dorico in a different way than larger orchestral composers. We have tons of cues that are associated with individual episodes and new players and parts coming in all the time.  I’d get a Pro Tools session from the composer and then I’d clean it up in Cubase. I’d then export the XML from Cubase and import the XML into Dorico as a new flow. So, every new cue would be a new flow. I’d then group the players according to the flow/cue. Listening back to the mockup in Cubase, I’d put in dynamics in Dorico. So for me, I might have lots and lots of flows with only a few instruments and other flows with lots of instruments. And then a month or so later I might need to go back to an old flow and add more instruments. Dorico handled that stuff really well. Dorico was really good with this workflow because I could have custom layouts for the composer to have his score and then be able to drop new instruments into existing flows quickly if we had a new player or a doubled-up part, etc.  It was a really flexible system that allowed me to work in my specific way.

I don’t consider myself an expert at Dorico by any means, but the community and all the people at Dorico were always really fast and prompt in helping with issues if they came up.  Dorico was a real joy to use-plus it just looks great right off the bat!  I only had to make minor corrections in engrave mode when I was done, and that was really important because we were on such tight deadlines.

AN: Thanks for taking the time to discuss your project with us!

To find out more about Joel Laviolette visit his website.

Get more detailed information on Dorico from our website: steinberg.net/dorico