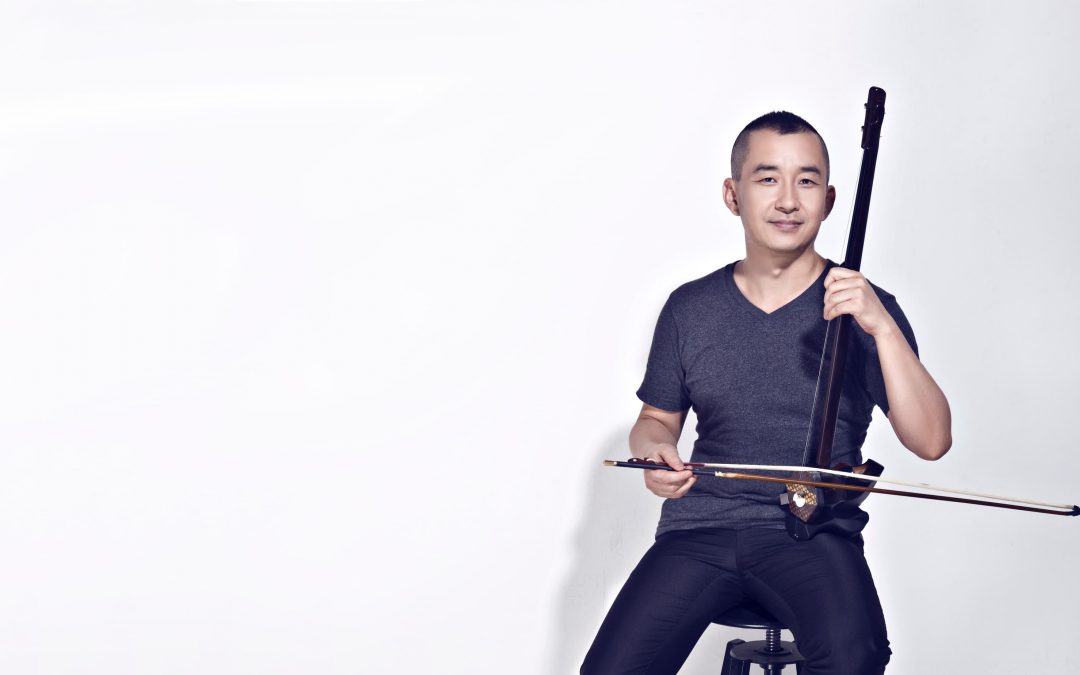 Composer Lyle Chan has written a new concert work based on the ancient folk tales of how the twelve animals of the Chinese Zodiac came to be, in the spirit of Prokofiev’s Peter and the Wolf or Saint-Saën’s Carnival of the Animals. Intrigued both by the work and the man behind it, I set out to find out more.

You rarely meet a composer with as fascinating a background as Malaysian-born, American-educated Lyle Chan, who has called Australia his home for close to three decades. His first degree was in physics from the University of Wisconsin, Madison, while taking composition lessons from Conrad Pope, before working as a molecular biologist in an AIDS laboratory, which led to him becoming a prominent AIDS activist and playing an instrumental role in helping people with AIDS in New South Wales to obtain treatment imported from the United States. He also worked for a decade as Artists, Repertoire and Marketing Manager at ABC Classics, the classical label of the Australian Broadcasting Corporation, where many of the recordings he worked on went on to be garlanded at the ARIA Awards, the premier awards for the Australian recording industry. On top of this, he is also a fully-qualified neurolinguistic coach… and that’s before we even get to his musical endeavours. 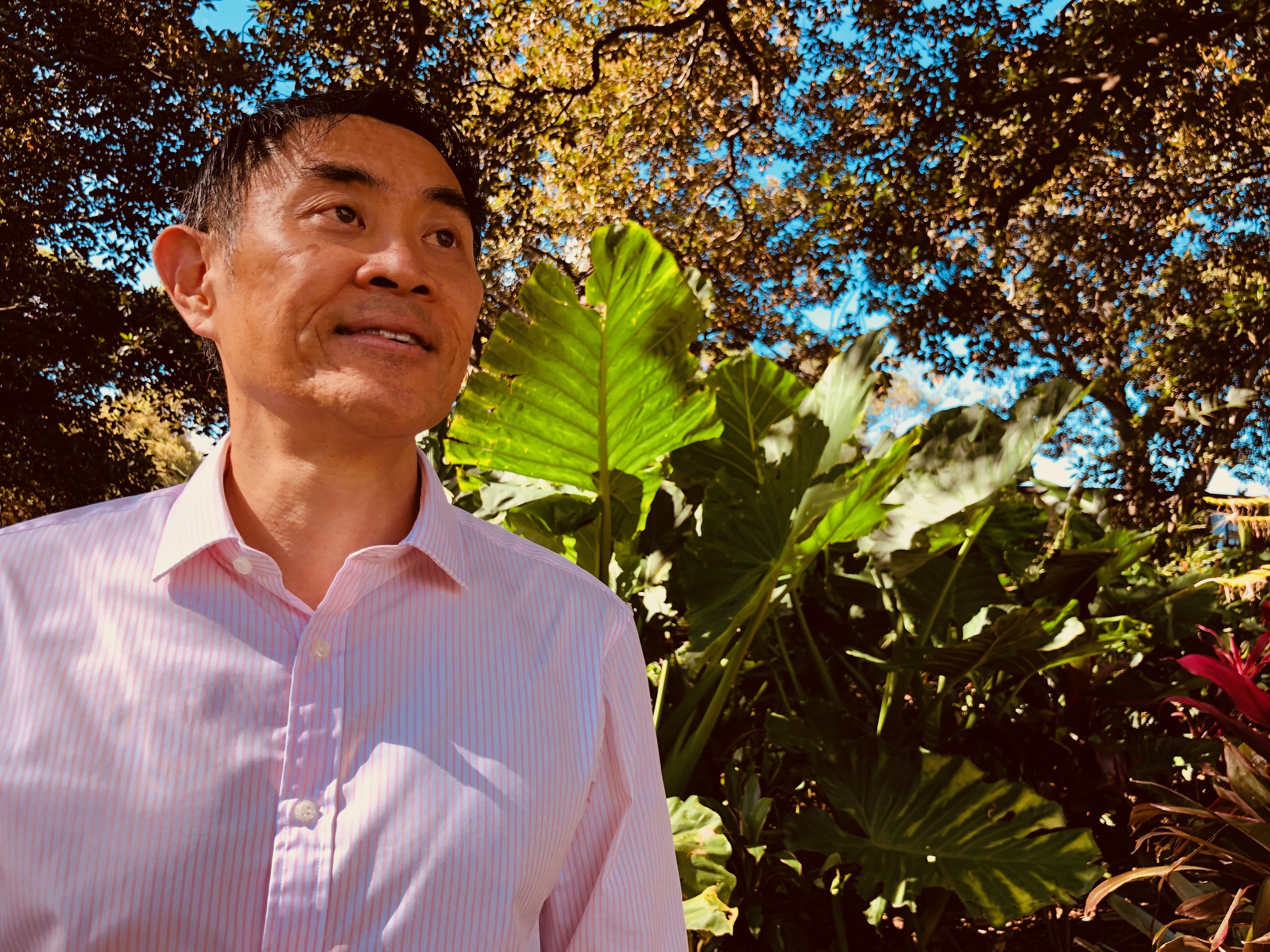 Lyle writes on his web site:

I only ever write one piece in any one genre. There will only ever be one string quartet, one solo piano piece, one piece for orchestra, one opera, one (nondramatic) work for voices.

Each of these compositions is a perpetual work-in-progress. They will not be finished until, for whatever reason, I stop composing. Every time I am moved to do it, I add new passages to the works.

My music has no conventional structure. It has form, but still not in the conventional sense. The form comes about moment by moment, a series of passages each growing out of its neighbor. I don’t predetermine how long each passage lasts, nor the relationship between one passage and its neighbour. Does this lead to incoherent music? Not to my way of thinking. I surrender control of unity and so unity comes, on its own terms rather than as forced by me. The music coheres in that all of it has found its way to me.

Eager to find out more, I asked Lyle about his new work, Carnival of the Chinese Animals.

DS: Even the name of the work echoes Saint-Saën’s famous family-friendly piece. I’m sure this can’t be a coincidence.

LC: This was deliberately a family-friendly piece, needing to function as a child’s first experience with classical music much like the Saint-Saëns Carnival or Prokofiev’s Peter and The Wolf – hence its tuneful, mostly diatonic nature. There are some extended techniques for storyline special effects purposes, but used sparingly.

LC: As far as I know, there has not been a concert work based on the centuries-old folk tale of how the 12 animals of the Chinese Zodiac came about. Which is interesting because, as you say, Western societies tend to be quite aware of the Zodiac animals – certainly this is also true here in Australia – and every February, the media will announce the Year of the Pig or Horse or whatever the animal year is. So I decided to write both words and music, as Prokofiev did.

DS: How did you come to write this work in the first place?

LC: This was a commission from the venerable Southern Cross Soloists for their opening concerts in their 24th year. The concerts coincide with the 15th night of the Chinese Lunar New Year, which in fact is the first night of the full moon. The full forces available to me, combining the Southern Cross Soloists themselves plus guests, was a little unusual: it included two cellos and two pianos, a wind quintet without bassoon, and erhu and violin but no viola.

DS: Combining the Chinese erhu with Western instruments must pose some unique challenges?

LC: George Gao [pictured at the top of this article] plays a modernised erhu of his own invention, which he calls a shaoqin erhu. It has a modified soundbox to sound louder, and a type of capo system on longer strings that extends the erhu’s range so that its low note is the same as the violin’s (G3). In fact, compared to an ordinary erhu, the shaoqin erhu sounds not dissimilar to the violin. Coupled with the fact that George is an utter virtuoso – he can play the Tchaikovsky violin concerto on this two-string instrument that has no fingerboard, I kid you not – not only could I write whatever I wanted, in fact I feel I haven’t properly exploited his proficiency. Nevertheless, he is one of ten players and it isn’t a concerto. Instead I have given the erhu various solo expressive moments, like the Hindu-like tune evoking the Buddha, where the rest of the ensemble provides accompaniment and counterpoint. At other times, I ask the erhu to blend with the violin and two cellos to make a weirdly exotic string quartet sonority.

DS: I am intrigued by your insistence to only write one work for a particular ensemble or in a particular form, and I think that probably makes you quite unique among composers. How does Carnival fit into this mindset?

LC: I write one work per form or genre – meaning, there is only one orchestral work and one string quartet, etc. but I continually add sections to each, like wings onto a growing building. So Carnival of the Chinese Animals is a part of a large perpetual work-in-progress called Voices and Instruments. Previous sections include a “concerto” for saxophone and choir instead of orchestra, a work for vocal sextet and handbells, a song cycle based on Benjamin Britten’s rather unknown first romantic relationship, a couple of narrated works including one with medieval portative organ – you can see how the works are not overtly related to one another, except for my underlying belief that everything is related unless distinctions are consciously or artificially imposed. I arrived at this approach because I didn’t feel authentic when writing beginnings and endings to my pieces, as the ending of a piece always felt like the beginning of the next. When I was young I fell for Morton Feldman’s expansive music and his words made a big impact on me: “up to one hour you think about form, but after an hour and a half it’s scale.”

DS: Do you see yourself adding more to Carnival itself?

LC: I don’t anticipate adding more to Carnival, but I know that it leads straight into the next section, which at the moment seems like a choral cycle based on the vivid diary of Harold Lasseter, a man who believed there was a gold reef in the Australian desert and died of starvation looking for it. Carnival is a departure for me in that it’s the first time I’m using Chinese musical ideas, despite my heritage of having Chinese great-grandparents. So I would have welcomed the project on grounds of musical curiosity alone, finding out whether I could write Chinese music, whatever that means. Interestingly, now and then in Carnival, my efforts sound perilously close to Gaelic music (also a pentatonic species), which I realize is a music I have more experience with, being Australian. Multiculturalism is truly a condition of today’s society.

DS: Did you find Dorico helpful as you put the work together?

LC: It was easy and straightforward using Dorico to handle a large amount of text that sometimes had to dovetail with the music. Some of the text was required to be in the parts as cues. My solution was to create a single-line staff for the narrator, with no music but with text (input via Shift-X). Then using Dorico’s normal cue function (and activating Show text in the Properties Panel) I was able to put some of the narration as cues in the parts. You’ll see that I am a composer, not an engraver, and none of my copyists use Dorico, so it was an interesting summer project for me. I got everything to the point of being clear and (mostly) unambiguous for the players very quickly, thanks to Dorico. I usually tidy up a score and its parts after its premiere, incorporating the players’ markings, as they’re often valuable.

DS: Thanks for taking the time to talk with me, Lyle.

If you haven’t yet taken the time to try Dorico for yourself, there’s never been a better time: experience all of its unique and powerful features with a free 30-day trial, which you can download from the Steinberg web site.