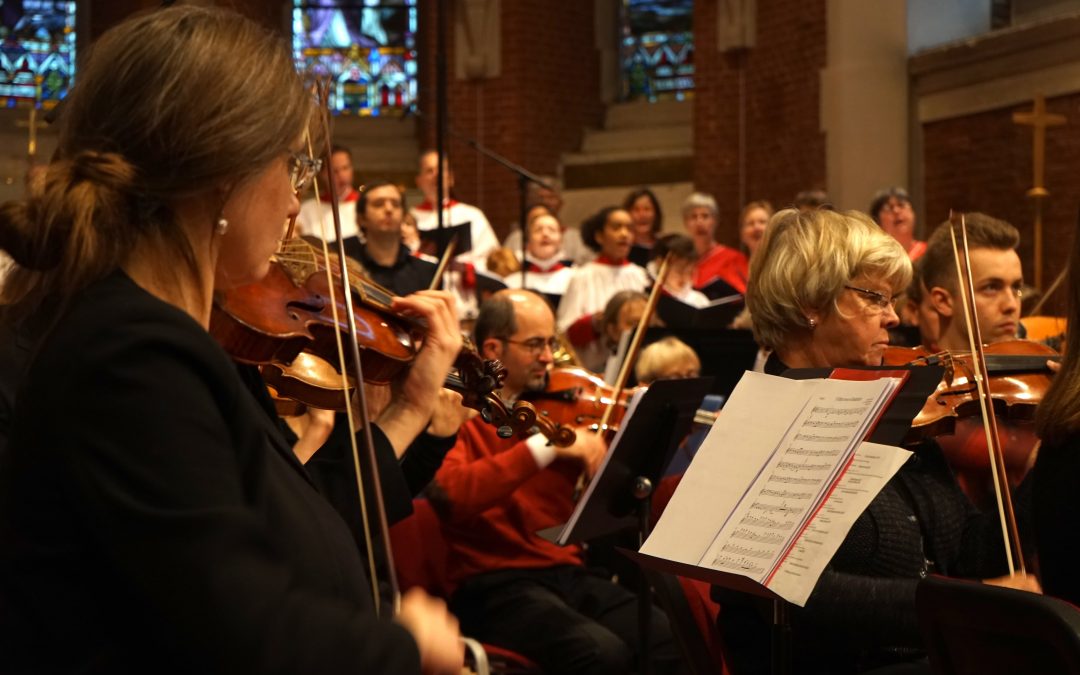 With Christmas rapidly approaching, what better time to hear a brand new orchestral march, composed by Dr David Mitchell, Director of Music at Holy Trinity Anglican Pro-Cathedral in Brussels. The work, called Ding-Dong March, was first performed at the cathedral’s Festival of Lessons and Carols this past weekend, on Sunday 16 December 2018.

Without further ado, here is the live performance of the work for you to enjoy.

You can also listen to an MP3 of the March if you prefer.

DS: How did Ding-Dong March come to be?

DM: Every year we have two big Festivals of Nine Lessons and Carols, with fifty-strong chorus, thirty-eight-piece orchestra, and packed congregations. In 2016, we played the Radetzky March to end the service. Most folk loved it. But a few thought it was too brash for a Christmas service. I got thinking that we needed a Christmas march. So between 21 and 23 November, I wrote the Ding-Dong March, a kind of Christmas Radetzky, based on three Christmas carols. Two great French tunes, Les anges dans nos campagnes (Eng. tr.: Angels from the realms of glory), and Branle l’official (Ding-Dong Merrily on High) make the first part of the march. Then – after a momentary snatch of Scotland the Brave! – comes the Trio section, a style Viennois variation on an old morris melody, which we sing, with ding-dongs, to While Shepherds Watched Their Flocks.

DS: As a church musician myself, I know first-hand how many services and other engagements a choir has to handle over the Advent and Christmas period. What was the rehearsal period like?

DM: Bear in mind that our orchestra rehearses both Festivals of Carols in 45 minutes. So the march got a total of two playthroughs – six minutes – before the recording. Some had practised at home. Others were still figuring out the repeats. So it’s a bit rough and ready. Still, the audience loved it, and it will be even better next year. If you want to hear it without human error, then listen to the Dorico playback. It’s a pretty good playback too.

DS: You wrote the march in just a couple of days, which must have taken some doing. Was Dorico a help to you in getting the project completed on time?

DM: For two years now, I’ve been weaning myself off Sibelius and on to Dorico. But I got to know Dorico much better in this project. And, honestly, Dorico made the whole job pretty quick. What was a problem was the lack of Segno and Coda marks – but luckily they were released in the Dorico 2.2 update at the end of November. So, after that, it was plain sailing. For me, Dorico is like a red Mercedes EQA. There is the same combination of elegant design, flawless engineering, and visions of where this can take you, travelling in style. Thank you, Dorico team, for this gift to musicians everywhere. I’ve still got 1000s of files in Sibelius, of course. But from now on, I’ll be composing in Dorico. It’s faster, it’s steadier, it gets more things right without adjustment, and it produces a lovely page of music. Can’t wait for the next upgrade. 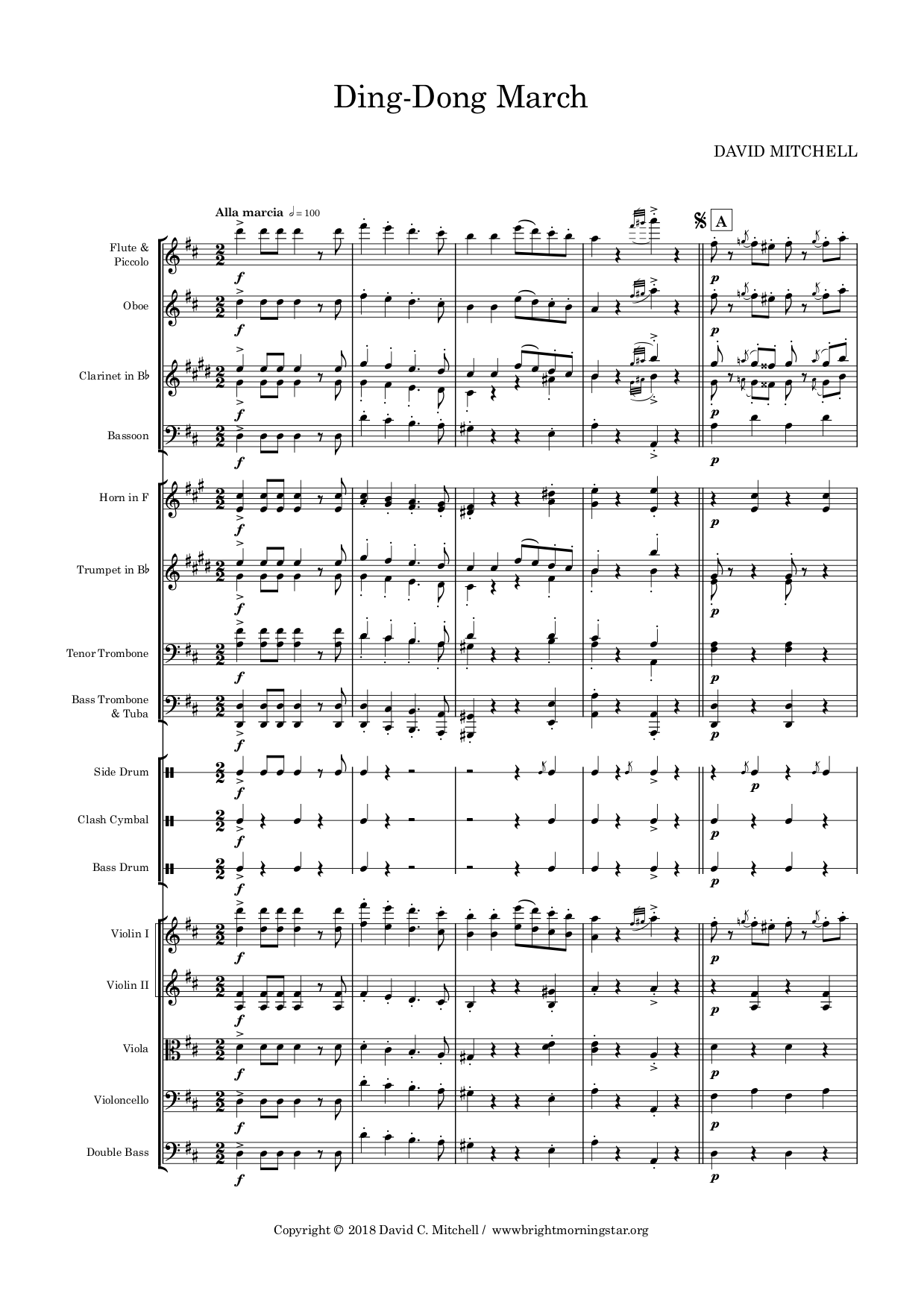 The first page of the full score for “Ding-dong March”.

DS: Thanks for taking the time to talk to me, David, and I wish you and everybody at Holy Trinity a very merry Christmas!

To find out more about Holy Trinity Anglican Pro-Cathedral in Brussels, visit their web site. If you’d like to listen to a full hour of the music from Holy Trinity’s Festival of Carols, it’s available on YouTube. If you have the time and the inclination this Christmastide, do go to your local church to hear the dedicated musicians who are coming to the end of a very busy period and are working hard to enrich the worship for their communities. You can use a site like A Church Near You (UK) or ChurchFinder (US) to find your local church. On behalf of the whole Dorico team and everybody at Steinberg, we wish you a happy, peaceful and musical Christmas, and a prosperous 2019.