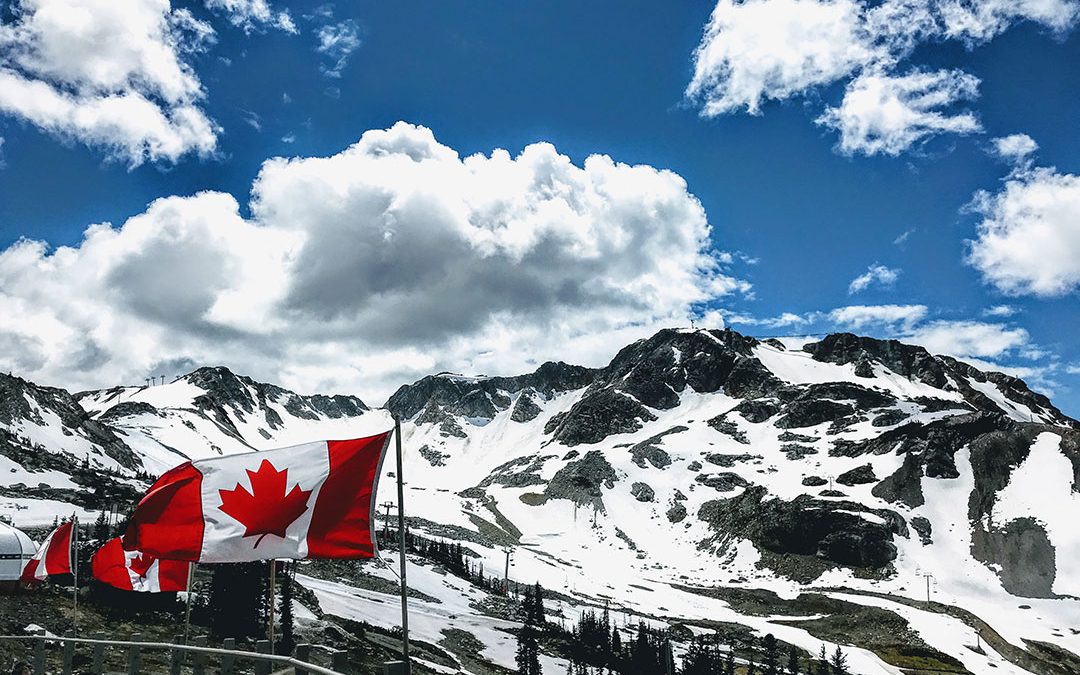 In early July 2018, I was invited by Yamaha Canada to run a course at the Yamaha Music camp, in Whistler, British Columbia.

The annual camp is for the top students in Canada to attend a series of music lessons over three days while staying in the beautiful region of Whistler, British Columbia.

The camp this year was larger than previous years with 71 students on the camp, from age 7 to 15, and they were divided by age into six classes of 11 or 12 students per class.
Each class had a designated coloured t-shirt and attended six 45-60 minute classes each day including performance, drum workshops and my session using Dorico Elements. With the help of Yamaha’s Geoff Houghton and Bang Jing Yeo, I had each class once per day for three days and was excited to see a great rate of progress over that time.

Yamaha hired 12 laptops from a local company, installed Dorico Elements on them all, and I created some lesson plans. You may be thinking that age 7 is quite young to be using a notation program and understanding musical concepts, but they have all been at Yamaha Music Schools across Canada learning music from as young as 3 or 4 years old, and had all even started their own compositions in various forms, either in their head or, for some, on paper. The students, therefore, had no issues at all engaging with my Frere Jacques-based Dorico lessons. They were able to easily create instruments, enter notes, create a round for four instruments with dynamics and articulation, and finally add a singer and some lyrics. They were delighted to be able to playback what they entered, although a couple were slightly put out that the computer wasn’t able to sing the lyrics back to them – maybe one day.  If you’d like to try the same lessons yourself you can download the PDF here – Dorico Lessons – JSAC 2018. 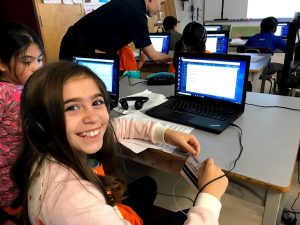 Melody working on her composition

Over the three days, they were able to quickly move on from the more structured tasks I set and then on to putting their own compositions into Dorico using the shortcuts and techniques that they had learned.

At the end of the course, each family was then given a copy of Dorico Elements to take home so that the young composers can continue using creating and sharing their own compositions. While Yamaha had rooms full of keyboards at the summer school, we opted not to use them for the Dorico sessions as we couldn’t be sure that all the students would have a keyboard attached to their computer at home, and I wanted to make sure that when they arrived home they would be able to continue as smoothly as possible – and adding a keyboard to use later is very simple. 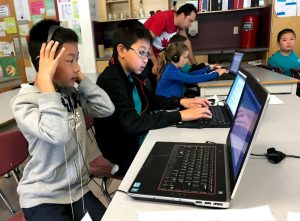 Alexa, Joshua, Zi Chen and Travis working on their compositions

For me it was interesting to see that even the younger kids found Dorico very easy to use – we don’t just say it’s intuitive, it really is! Many of them had never used any music notation software before, and those that had made the transition in no time at all. It was also interesting to see how quickly many of the students completed the structured tasks – some of them even in the very first lesson, giving them more time to spend on their own compositions. It is definitely true that young minds can pick up technology very quickly, even if it is a laptop with physical buttons instead of the touch-screen tablet they are often first introduced to at home or at school.

Some of the older students also found during their own compositions that they started to hit some of the limitations in the Dorico Elements version of the software, such as only being able to use 12 players, but they will be able to easily upgrade their Elements version to Dorico Pro in future.

Without any prompting from me, they also commented that they would be able to use Dorico at home as an accompanist when they are playing their own instruments, as well being able to easily write down their own musical ideas.

In the evenings, as the Vancouver Symphony Orchestra were also in Whistler playing free outdoor concerts for the Canada Day weekend celebrations, we were able to experience them first-hand playing a repertoire including Bernstein Candide, Vaughan Williams Lark Ascending and Tschaikovsky Symphony No. 4.