Dorico showcase: From Seattle to New York with Elizabeth Lain 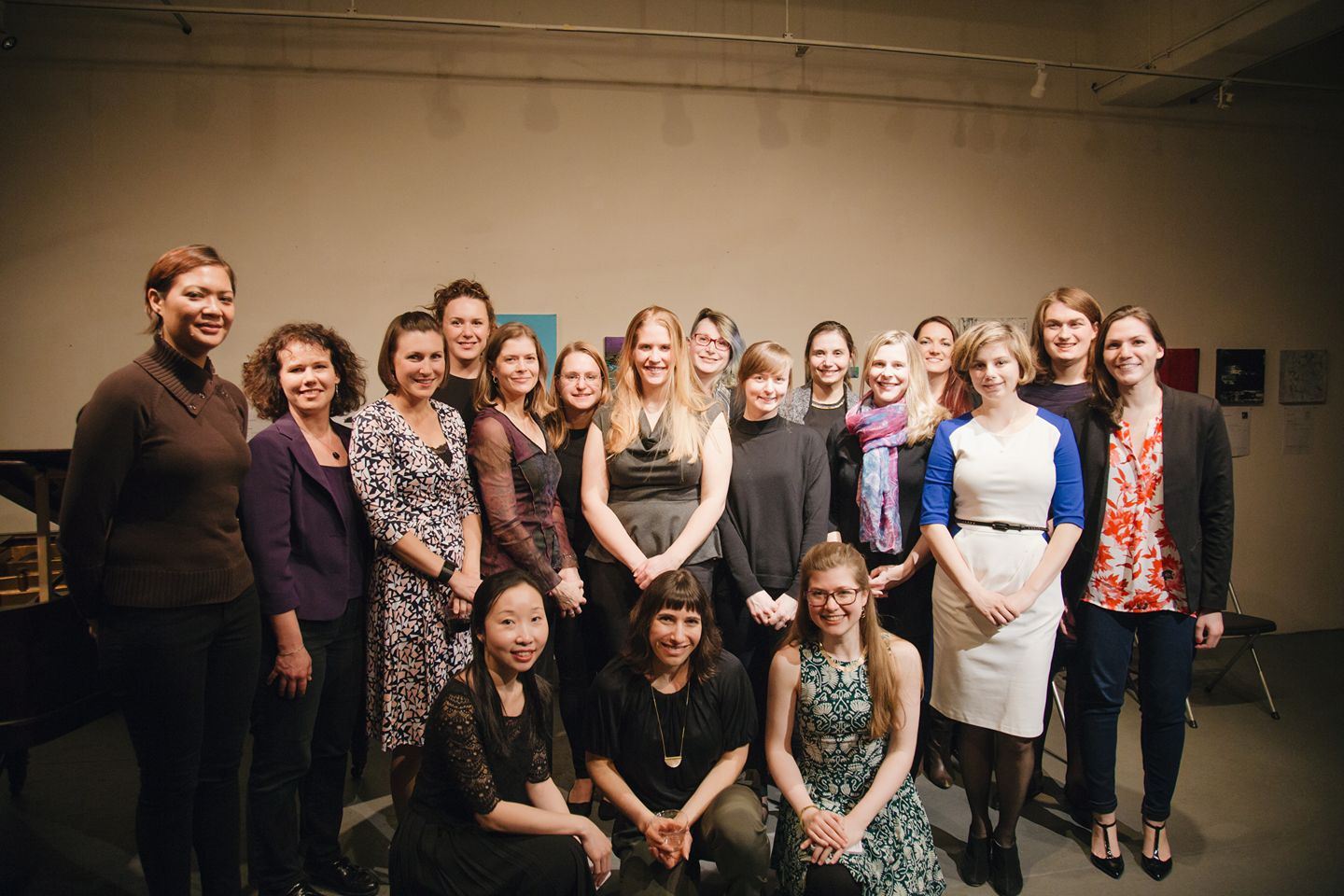 At the beginning of April, a unique concert took place at Gallery MC in New York City, staged by Listening to Ladies, a collective founded by composer and visual artist Elisabeth Blair in 2015 on Facebook as a means of highlighting musical works by women composers. Since then, it has expanded into a daily online showcase, a podcast, and also a concert series, of which the concert in Manhattan is a part. The concert, presented in association with wind, brass and percussion ensemble Vent Nouveau, featured 10 works by women composers, selected from more than 200 scores submitted by over 140 composers.

Among those composers is Elizabeth Lain, who describes herself as a “composer, performer, rock oboist, and urban mermaid”. If that’s not a description that makes you want to find out more about an artist, I don’t know what is!

I wanted to find out more about Elizabeth, and in particular about the notion of an urban mermaid.

“I like to think of myself as a bit of a fantastical creature,” Elizabeth tells me. “Even looks-wise: I have blue hair and a tattoo sleeve of sea creatures. The music and art scene I fell into in Seattle is sort of built around the ideas of story telling. Of creating our own mythologies, often based on the old ones. Of spinning these influences into our own stories relevant to our modern lives. We are the misfits and queers and the outsiders. The weirdos and broken ones. Essentially: we are  the seeds of the modern mythological creatures, ripe for someone to embellish our stories to push it over into fantasy.” The work that Elizabeth submitted in response to Listening to Ladies call for scores is called Midnight at One Thousand Meters.  “It’s a fairly minimal piece at a slow plodding pace, with sparse instruments snaking around each other. This is interspersed with some delicious tone clusters,” Elizabeth explains. “I am a pretty visual musician and kind of see a lot of my songs as scenic vignettes. For this piece, I was following this idea of all the absurd and alien-looking life that lives in the depths of the oceans, often surviving against all odds. I am obsessed with how creatures have adapted to being in total darkness, and how we know so little about what is down there. The title of the piece comes from the idea that at around 1000 meters below the surface of the ocean, light cannot pass. So for me this song is that vignette of exploring the ocean, only able to catch glimpses of sea life as it crosses into an artificial light. Or maybe the twinkle of a bio-luminescent creature just out of the corner of your eye.”

Elizabeth only found out about the call for scores a couple of weeks before the closing date, and so she decided that rather than writing a new work from scratch, she would adapt a piece that was already in progress – though for a completely different instrumentation.

“My compositions start out in Cubase using virtual instruments and orchestral libraries with live stuff recorded in as well,” she says. “Most often, this is the final stop, and the product is a completely in-the-box mix. However, when I do need to produce a score, I then take what I have written in Cubase and port it over to Dorico. So far this has been relatively smooth – although I’d love to see some more integration between the two. I basically take each track, export the MIDI, and import it into Dorico, then clean it up.” An excerpt from Elizabeth Lain’s “Midnight at One Thousand Meters”.

Using Dorico was invaluable in ensuring that the composition was finished in time. “I can honestly say without Insert mode and the way Dorico handles re-barring, I would never have made it,” Elizabeth says. “The hardest part for me was how I had to input some really weird tuplet timings. The piece was very free-form and many of the runs were played ‘out of time,’ so to speak, so getting these notated took the majority of my time.”

Dorico’s high-quality automatic engraving and layout also proved its mettle under a tight deadline. “Thankfully, I didn’t have to really do any messing with the visual layout of the score. A few tweaks here and there to fit things onto fewer pages and I was done. I was also glad I was able to do this whole thing without having any key signature.”

Being based in Seattle on the opposite side of the United States from New York City, I wondered whether Elizabeth was able to make it to the concert in person. She did make the trip, and found it to be a profound experience.

“Out of the 10 composers picked I think seven or eight made it out, which was amazing. The show was incredible. Having a show of all women composers and all women performers was beyond words,” she tells me. “The whole thing felt like the epitome of a New York experience. Hearing my piece played live for the first time, surrounded by family, friends, and amazing composers is one of the most incredible feelings. It’s always a little bit hard to hand off a work to other people who interpret and perform your vision – especially since I’m usually working in a very controlled environment where I know exactly what the output will be.” Members of Vent Nouveau perform in the Listening to Ladies concert, 1 April 2017.

Ultimately, having Vent Nouveau literally breathe life into her music was an experience that Elizabeth will long remember. “To hear it come to life, with all the creativity and talent of the musicians and conductor behind it was chilling – in a great way,” she says. “It was simply exhilarating.”

If you’d like to find out more about Elizabeth, visit her web site or catch her in one of her weekly Coffee and Composition live streams on Twitch.tv. Do also be sure to check out Listening to Ladies to hear more works by non-cis-male composers. And if you would like to give Dorico a try for yourself, you can download a free 30-day trial version here.