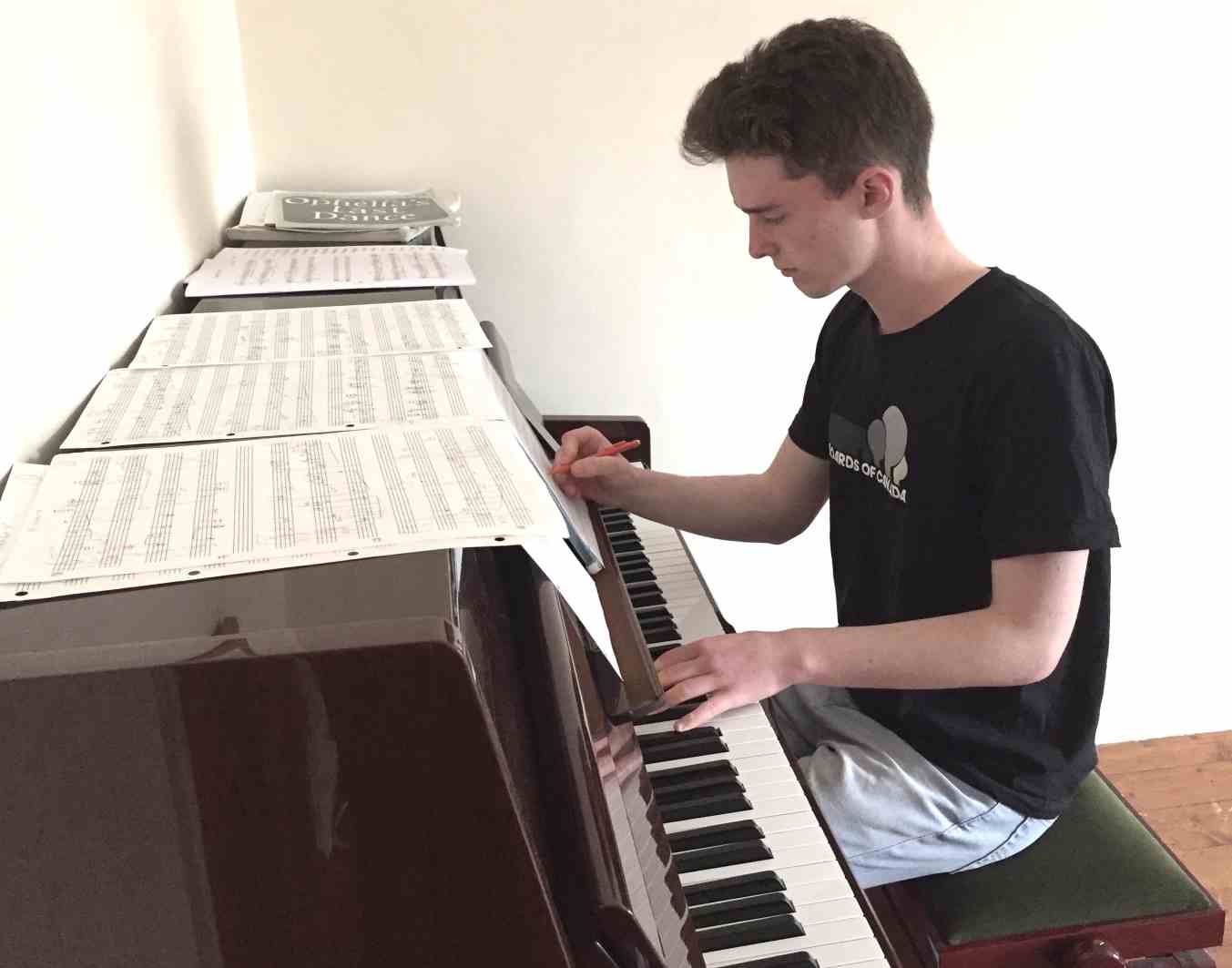 We like to say that Dorico is the future of scoring software, and it is really gratifying to see a new generation of composers using Dorico to help bring their musical vision to life. Lincolnshire-based young composer Sam Rudd-Jones is still at school, but last year his work Angry won the Upper Junior category in the BBC Proms Inspire Competition 2016, which garnered him an opportunity that many more established composers will envy: a commission from the BBC for another piece, to be conducted by Rumon Gamba and which was broadcast on BBC Radio 3’s flagship contemporary music programme, Hear and Now, this past Saturday. I caught up with Sam to find out more about the commissioned work, Opposites Attract, which he produced in Dorico.

When we spoke, Sam had just returned from a week’s residency with the National Youth Orchestra, where he was involved in writing new pieces for ensembles in a matter of days – and he used Dorico for those works too. “When working to a very tight deadline knowing that you’ll get a good-looking score and parts having to make edits is great,” he told me.

DS: You won the Upper Junior category in the 2016 BBC Proms Inspire Competition with your piece Angry. What was it like to hear your piece performed by the Aurora Orchestra?

SRJ: It was great to work with conductor Nicholas Collon, and the tremendously accomplished players of the Aurora – they really brought the energy needed to bring the piece alive. I’d never had my music played by professional performers before, so it was thrilling to see how quickly they picked it up.

DS: You list Thomas Adès and Oliver Knussen as being key influences on your compositional style. How did you first get exposed to their music?

SRJ: I was introduced to both these composers’ music by my teacher at the Junior Guildhall, Paul Whitmarsh. At that time I hadn’t really heard much contemporary classical music, so I was really fascinated by their highly individual sound worlds. I first came across Adès’ music when I inadvertently used a technique that he used in many of his earlier pieces. I really felt an affinity with some of the patterns and systems he used. His music is always so captivating and convincing and treads an interesting middle ground between having a dialogue with music of the past and creating music which is entirely new. Every note of Oliver Knussen’s music seems to have been very carefully placed and thought through. His total attention to detail really drew me in, especially in his meticulously crafted orchestral pieces. An excerpt from the score for Opposites Attract.

DS: Your new piece Opposites Attract is a commission from the BBC. What can you tell us about the piece and the process of writing it?

SRJ: As part of the process, I had two workshops with the ensemble, where I could test out ideas and find out what worked and what didn’t. I wrote the majority of the piece in the last month and had been mostly playing around with different bits of material before then. When thinking about how the piece might fit together I noticed that the character of the individual instruments felt really important.

The piece starts with a sort of pastoral section for the winds and strings. They all work together pretty neatly as a group; every instrument “takes their turn”. The piano arrives late to the piece and does not fit in with the rest of ensemble. The middle section is about how the various instruments react to the entrance of the piano. The winds continue to work as a pair with their fast interjections, the violin stubbornly holds onto its melodic high notes and the cello is unsure whether to work with the piano or the others.

Eventually, this reaches a climax which moves into a slow section. The instruments become freed from their roles before and begin to work a bit like a single unit. The piece ends with everyone in a rhythmic unison; the instruments have set aside their differences and are working as one. Opposites Attract felt like an apt title to describe the tension between each instrument’s personality, and how in the end it works out.

DS: The score for Opposites Attract was prepared in Dorico. How did you find the process of using Dorico to produce the score? Did it influence your compositional process at all?

SRJ: A lot of the score was first entered in free time, as I had written it out before by hand, then I’d choose later how to divide it into bars. Dorico’s ease with switching time signatures made this a pretty painless experience. I also ended up using a lot more details than I may have done with Sibelius just because they were so easy to use (e.g. poco cresc.). In the last section, Insert mode became incredibly helpful; I’d planned the rhythm of it but realised that it was about twice as long as it needed to be. So I simply cut bits out and everything else shifted appropriately. Dorico’s strength was probably that it didn’t influence my compositional process too much, it just did what I wanted it to. In Sibelius I probably would have avoided cross-barline tuplets because of their inconvenience. Dorico let me create them without any issues.

DS: You clearly have a bright future ahead of you as a composer. What are your plans for continued study?

SRJ: I’ve got A-Levels to take next year, but after that, I’m planning to study music at university.

DS: Thanks for taking the time to talk to me, Sam!

Make sure you check out Sam’s work Angry from its performance at the BBC Proms 2016, and listen to Opposites Attract on BBC Radio 3’s Hear and Now (the piece starts at 1:23:22). And if you would like to give Dorico a try for yourself, you can download a free 30-day trial version here.