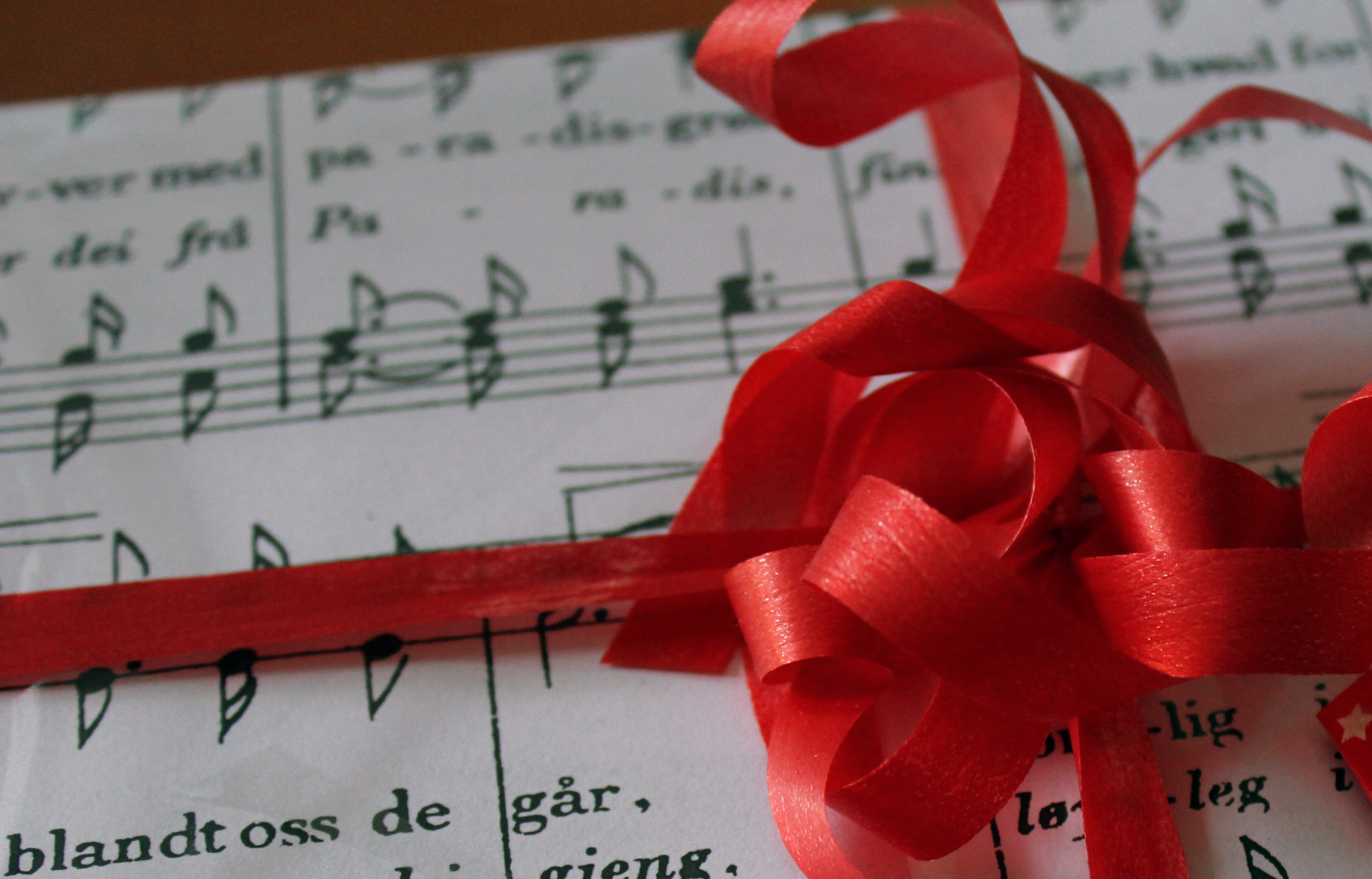 As the year draws to a close, thoughts naturally turn to the events of the past twelve months, and indeed to the promise of the year ahead. For us, the past year represents a lot of forward progress on our project, but the year ahead will bring more milestones on the road towards the release of our new application.

A year ago, we were around nine months into the development of the music engine at the heart of our application, but really had no functional application to speak of: we had a test harness that could display only (unbeamed) notes and rests imported from MusicXML, but nothing in the way of interaction. Over the past year, we have chosen and adopted a new application framework, introduced the basic editing loop, built the skeleton of a functional application, developed our step-time input method, added grace notes to our music model, added ties, articulations, ledger lines, time signatures, key signatures, clef changes, accidentals, beams, and so on, and so on.

We are still building up the core of our application’s functionality, but our approach remains to focus above all on quality, rather than speed. If our application is going to be worth the time and attention of professional composers, arrangers, engravers, copyists, and teachers, then it must not only have a critical mass of features, but it must also have both a more efficient workflow and a faster path to excellent results than the tools professionals are already using. That’s a high bar for us to meet, but we are determined to clear it.

Don’t get me wrong: we are going as fast as we can. But we are committed to developing an application that will redefine the state of the art in scoring software, and that can’t be done overnight.

Grace notes are tricky creatures, because they are arrhythmic, i.e. they do not follow the same rules for duration as normal, or rhythmic, notes. For a long time our application’s music model didn’t support them at all, because it wasn’t clear how best to support them in such a way that didn’t cause problems elsewhere.

The simplest, most fundamental representation of music in our application’s music model is analogous to how a human listener perceives it, i.e. a stream of notes with pitches and durations, in time. Considered in these terms, grace notes are just the same as other notes, and you could choose to write them either as grace notes or in the same way as all other rhythmic notes, using very short note values. So our initial thought was that grace notes should indeed just be the same as rhythmic notes, and that these very short notes could be rendered either as grace notes or as rhythmic notes of very short durations, as desired: in other words, it would be easy to convert to and from grace notes.

The real benefit of this approach turned out to be that, because grace notes are stored in their own mini-scores, the existing engines – that determine staff position, beaming, accidentals, voice ordering, etc. – could all be modified to work with runs of grace notes relatively easily, so that grace notes are, where possible, treated the same way as rhythmic notes throughout the application.

Grace notes should also be positioned as close as possible to the rhythmic note they precede, which is surprisingly tricky in itself. Consider the following simple case, where there is space for a grace note to tuck in over an accidental belonging to the rhythmic note: Other situations also require manual adjustments in most other scoring programs. For example, to have one or more grace notes before a barline, and one or more grace notes after the barline and preceding the rhythmic note, is problematic: in Product A, a grace note can be dragged before a barline and will in general stay put, while in Product B and Product E it’s not obvious how to achieve this at all. Placing a clef change in the middle of a run of grace notes is even more problematic: neither Product A, Product B, nor Product E support this at all.

Our application does its best to handle all of these situations with grace (if you’ll pardon the pun), so that even the most demanding use of grace notes, as found in particular in keyboard literature of the 19th century onwards, is accommodated3.

We still have more work to do on grace notes: at the moment, we are not drawing the slash across the flag or beam that denotes an acciaccatura rather than an appoggiatura, and a couple of the existing engines that run on rhythmic notes have not yet been updated to run on grace notes too, but in general we are satisfied that our approach to handling grace notes is sound, and above all will produce stable, well-spaced music that requires a minimal amount of manual adjustment to achieve excellent results.

In other applications, the term articulation is used to cover a multitude of things, spanning ornaments (turns, mordents, and the like), holds and pauses (fermatas, caesuras, etc.), playing techniques (harmonics, snap pizzicato, etc.), as well as actual articulations.

Those other applications presumably group these disparate elements together because they nominally share characteristics, such as how they are positioned relative to notes and chords, and perhaps how they are drawn by the software (typically using one or more glyphs or symbols from a music font). In our application, by contrast, we are trying to keep musical concepts (which are in the domain of the user) separate from implementation details (which should remain fully in the domain of our engineers, and not leak out such that the user needs to understand how the program works).

When we say articulation, we mean the following definition, taken from Gerou and Lusk’s excellent pocket-sized Essential Dictionary of Music Notation4:

Articulations are symbols used to indicate how a note or chord is played, alone or in relation to other notes and chords.

A given note can only have one of each of these kinds of articulations (e.g. it can have staccato and stress, but not staccato and staccatissimo, or stress and unstress), so if a note or chord already has an accent and you specify that it should have a marcato, the accent is removed and replaced with the marcato:

Where things get interesting is when articulations are in the mix with tuplet brackets, slurs, and octave lines. The rules for how these four distinct types of notation interact are complex, to say the least: for example, articulations of duration should be positioned inside slurs, while articulations of force should be positioned outside slurs if they are located on the note or chord where the slur starts or ends, but may go inside the curve of the slur on intervening notes, if there’s sufficient room; articulations generally go inside tuplet brackets if they are positioned on the same side of the notes and chords, but tuplet brackets are allowed to nest inside slurs, if the duration of the tuplet is completely encompassed by the slur, and so on.

Our application draws tuplets, but does not yet draw slurs or octave lines, though both of those notations are currently in development. Once all of them are supported, the fun of figuring out how to position them correctly in relation to each other will be able to begin.

The tucking behaviour I described earlier on concerning grace notes is part of the more general approach to spacing used in our application.

The first step in spacing music is to create what Ross6 calls punctuation, which involves creating a rhythmic condensation of the music, as illustrated here: In the above image, the single-line stave represents the rhythmic condensation of the music (I use the term loosely) on the lower two staves. The condensation provides the list of all of the columns that must be spaced. The minimum amount of space allocated to a given column is determined by its rhythmic value, but this space can be increased if required, e.g. taking into account the width of accidentals to the left of a note, and flags and rhythm dots to its right.

Most scoring programs treat each column as if it is made up of a rectangular block that extends the height of the stave, almost as if each column is on its own piece of movable type (as indeed once upon a time it would have been). Two adjacent columns cannot overlap, so if there is something to the left or right of those columns, they are pushed further apart, regardless of whether the elements causing the additional space to either side are likely to collide. The grace notes image above illustrates this quite clearly – the grace note can tuck in above the accidental on the rhythmic note, but most scoring programs do not do this, because the grace note and accidental are in separate columns that cannot overlap – and the image below illustrates the same principle: The areas shaded in green show where two successive columns are allowed to be separated only by the minimum space required for their rhythmic durations, despite the presence of accidentals to the left of the next column. Only our application and Product C7 allocate only the minimum space to each column: all the other applications effectively draw a vertical line extending the height of the stave between the columns, and only allow the edges of those columns to abut, not to overlap, as shown by the areas shaded in red.

This approach to spacing has some parallels with kerning in typography, whereby the spacing between characters is adjusted to ensure a pleasing appearance. Our application similarly kerns adjacent spacing columns to eliminate rhythmic distortion, producing an even, pleasing result automatically and removing the need for time-consuming adjustment of rhythmic spacing.

I will undoubtedly return to rhythmic spacing again in future instalments of this diary, since there is a lot more to say about it.

If you’re still with me after all of that nerdy detail, thank you for reading, and thank you for taking an interest in the development of our application. There are lots of other things going on in areas like the visual design of the application, key interactions in setting up new projects, and inputting and editing music. No doubt I will cover some or all of these things in future instalments.

In the meantime, on behalf of all of us in the scoring team here at Steinberg, I wish you a very merry Christmas and a happy and prosperous New Year.