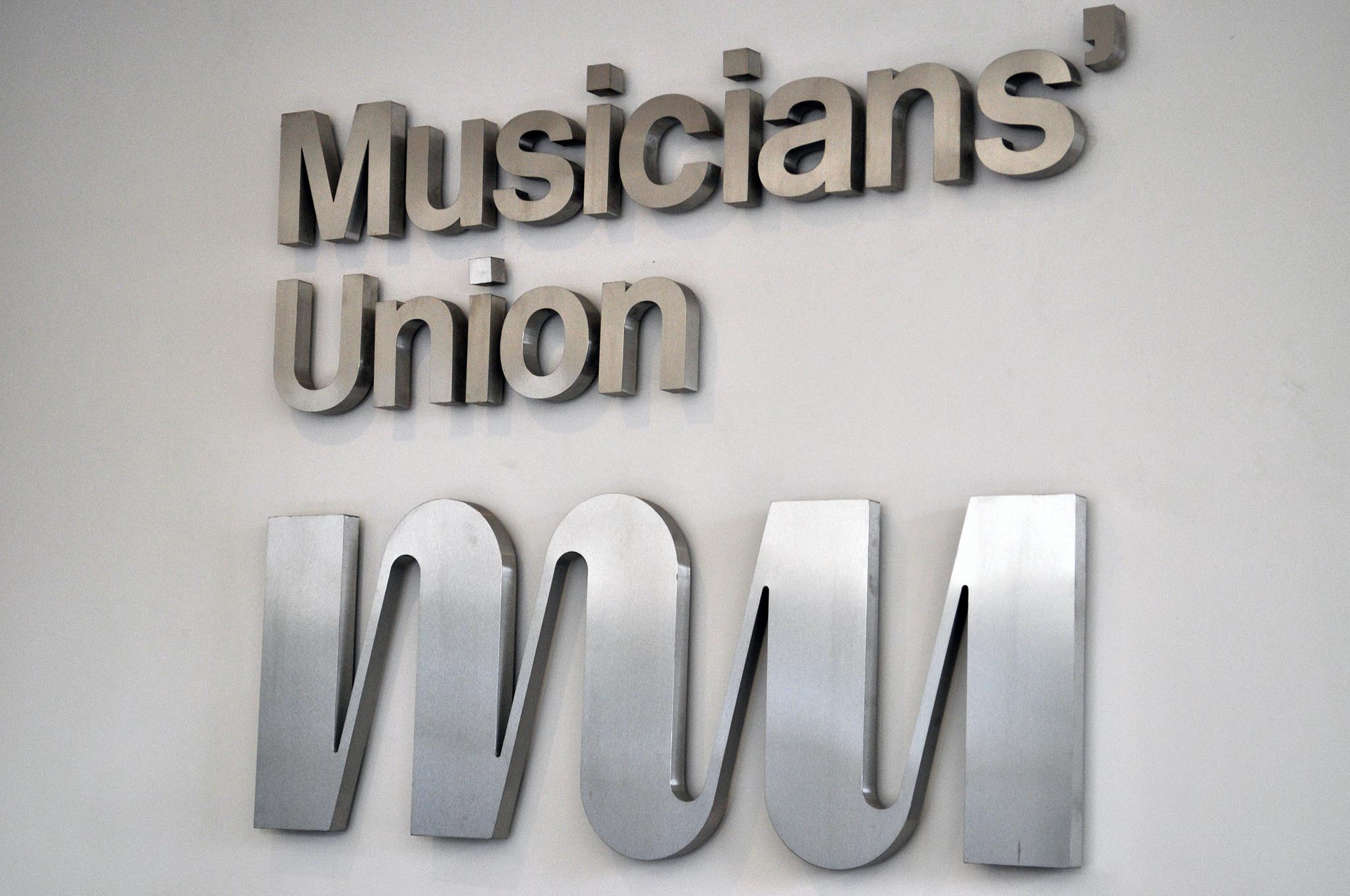 Nearly two weeks ago, on the morning of 13 February, the whole of the Steinberg scoring team decamped to the London headquarters of the Musicians’ Union, a short walk from the Oval cricket ground, for a meeting with members of the MU’s Music Writers’ Committee and a number of other professional musicians from around the city. The purpose of the meeting was to share our plans with a group of top professional musicians and to solicit their feedback on those plans, as well as to hear from them their hopes and wishes for our new project. Read on to find out about how it went.

We were very fortunate to have a number of prominent figures from a variety of areas within the music business attending the meeting: several musical directors from top London shows and theatres; several of the UK’s top copyists for film, TV and musical theatre work; two professional engravers working for the UK’s largest publisher; several esteemed educators; not to mention a number of experienced composers. The panel consisted of nearly 20 people, with an enormous amount of expertise between them.

Into this midst of this high-powered gathering came the Steinberg crew. Rather than just sending me into the lions’ den, the whole team attended the meeting: although a large part of my role is to act as the conduit between end users and our development team, there is no substitute for our developers and testers hearing from prospective customers first-hand and in person.

After a brief introduction from Naomi MacDonald, Secretary to the Music Writers’ Section who organised the meeting, we got down to business. I had prepared a short presentation of fewer than a dozen slides, and set about my presentation. An hour later, I stopped talking, and the panel were free to get a cup of coffee and a muffin to help digest everything they had heard.

The panelists listen intently (except for Anthony, who mugs for the camera)

I will share many of the details of what was on those slides in future posts, but suffice it to say for now that I outlined our vision for how our application will differ from the current incumbents in the world of scoring software, including information about how our new program will think about music and the powerful possibilities that unlocks for sophisticated new features that will save you time.

In particular, I explained how first and foremost we are targeting professional musicians with our new program. There are many reasons for this, but chief among them is that professionals simply have greater demands, and they typically need to achieve more in less time as they do battle with deadlines. If we can make the most demanding of tasks quick and efficient for professional users, and if we can prove that the product is a valuable ally when the chips are down and the deadline is looming, then we will be able to handle the needs of musicians who are perhaps not yet lucky enough to make music their main profession just as capably.

For the remainder of the meeting, there was lively discussion about everything we’d talked about. There were questions about pricing (we don’t know yet, but we do expect that there will be some kind of crossgrade price for users of Finale and Sibelius to buy our new product when the time comes), integration with Cubase (over time we will integrate the technology we are building more deeply with Cubase, but to begin with we are focusing on delivering a great stand-alone scoring application), targeting mobile devices like the iPad (we would love to have apps on iOS and Android on day one, but with our small but perfectly formed team we have to prioritise desktop development first), user interface design (our new application will not have a ribbon, but nor will it look or feel like earlier versions of Sibelius either), and more besides. Our developer James and panelist Bill Strang deep in conversation

What we took away from the meeting was that there was real excitement about the way forwards that we are proposing, and that many of the wishes that were expressed by the panelists were already in our plans. It seemed to me that, on this evidence (and indeed on the evidence of the many comments and emails I have received in the days since the blog launched last week), we are really in tune with the prospective customers for our product, and that both we and they can see the possibilities for a true generational leap in what scoring software can do to make a professional musician’s job easier and more efficient. Please stay tuned to this blog to hear more about what this generational leap will mean for you and your own work.

Finally, a huge thank you to Naomi MacDonald at the Musicians’ Union for helping to set up this meeting, and for all of her support so far. If you’re a musician based in the UK, why not think about becoming a member?

We expect to be holding another meeting at the Musicians’ Union later in the year, so watch this space for more details.